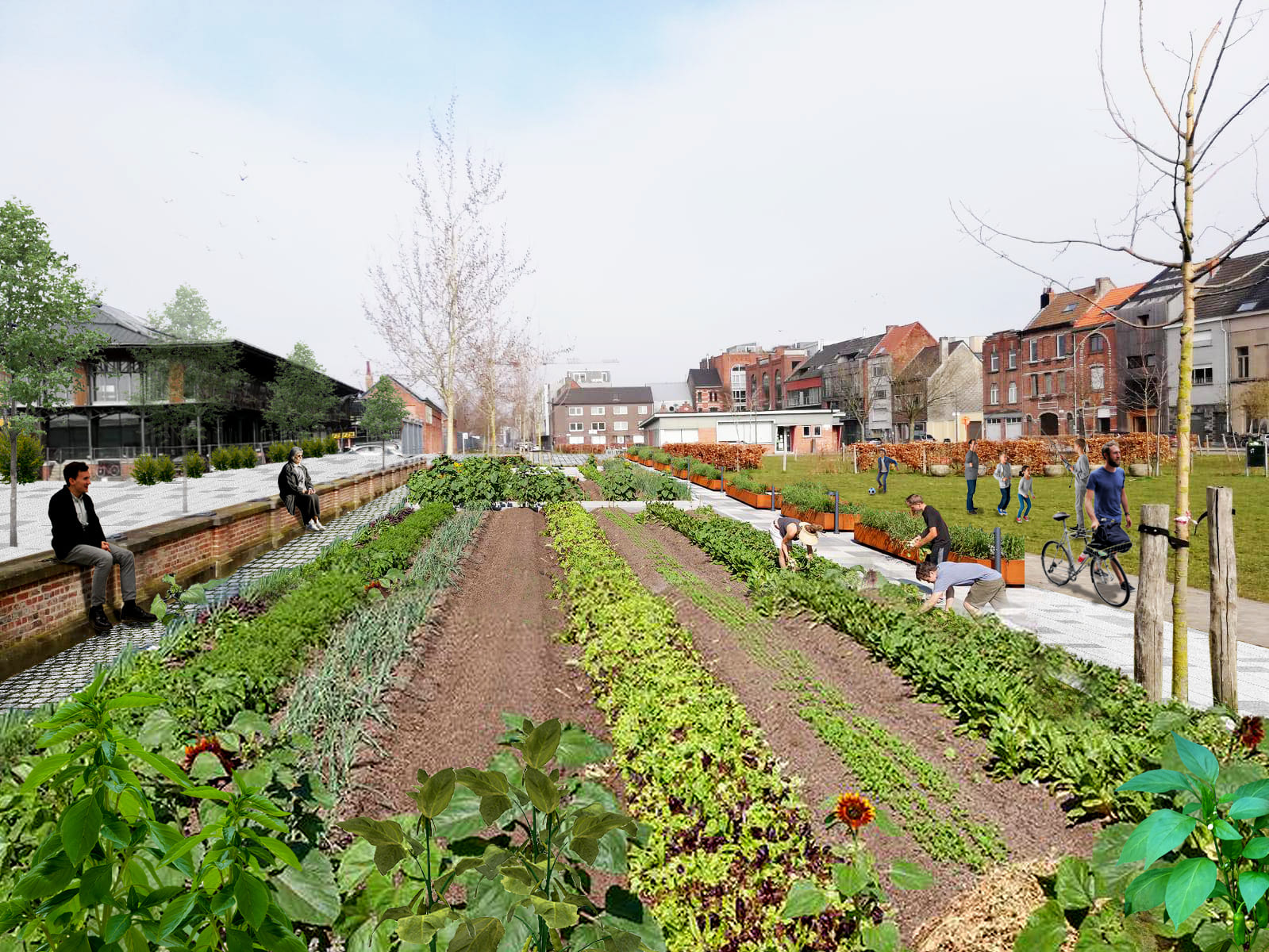 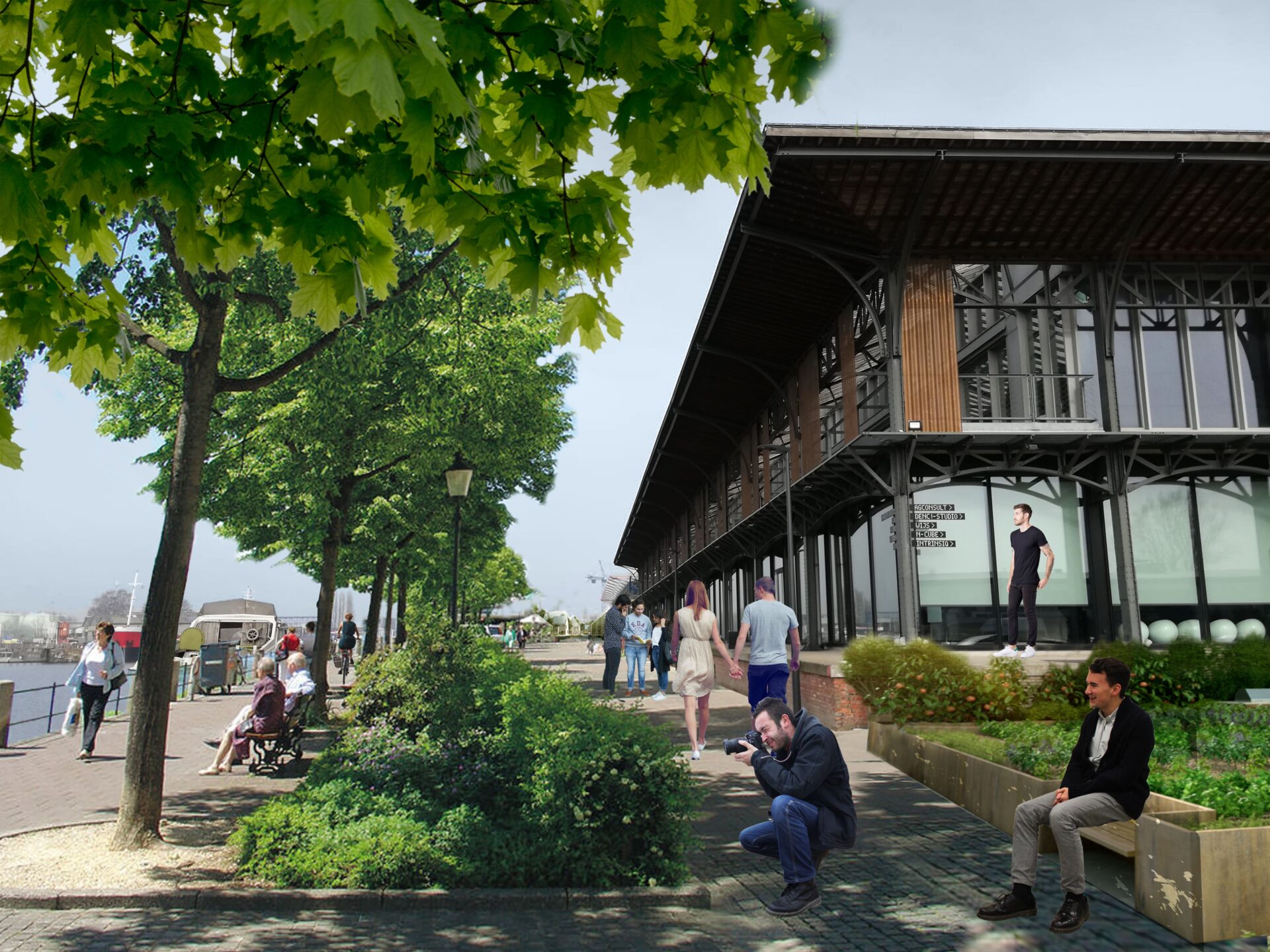 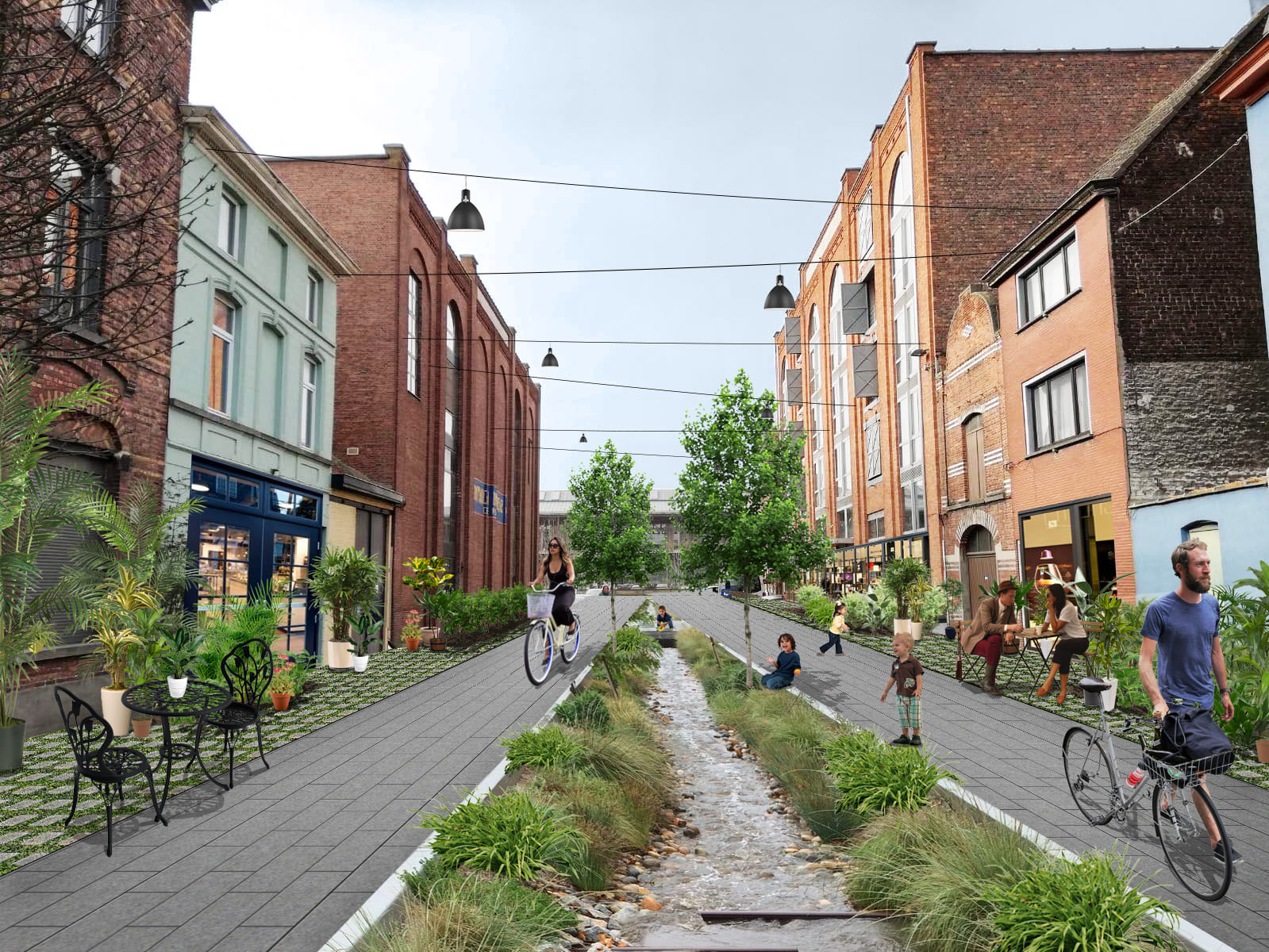 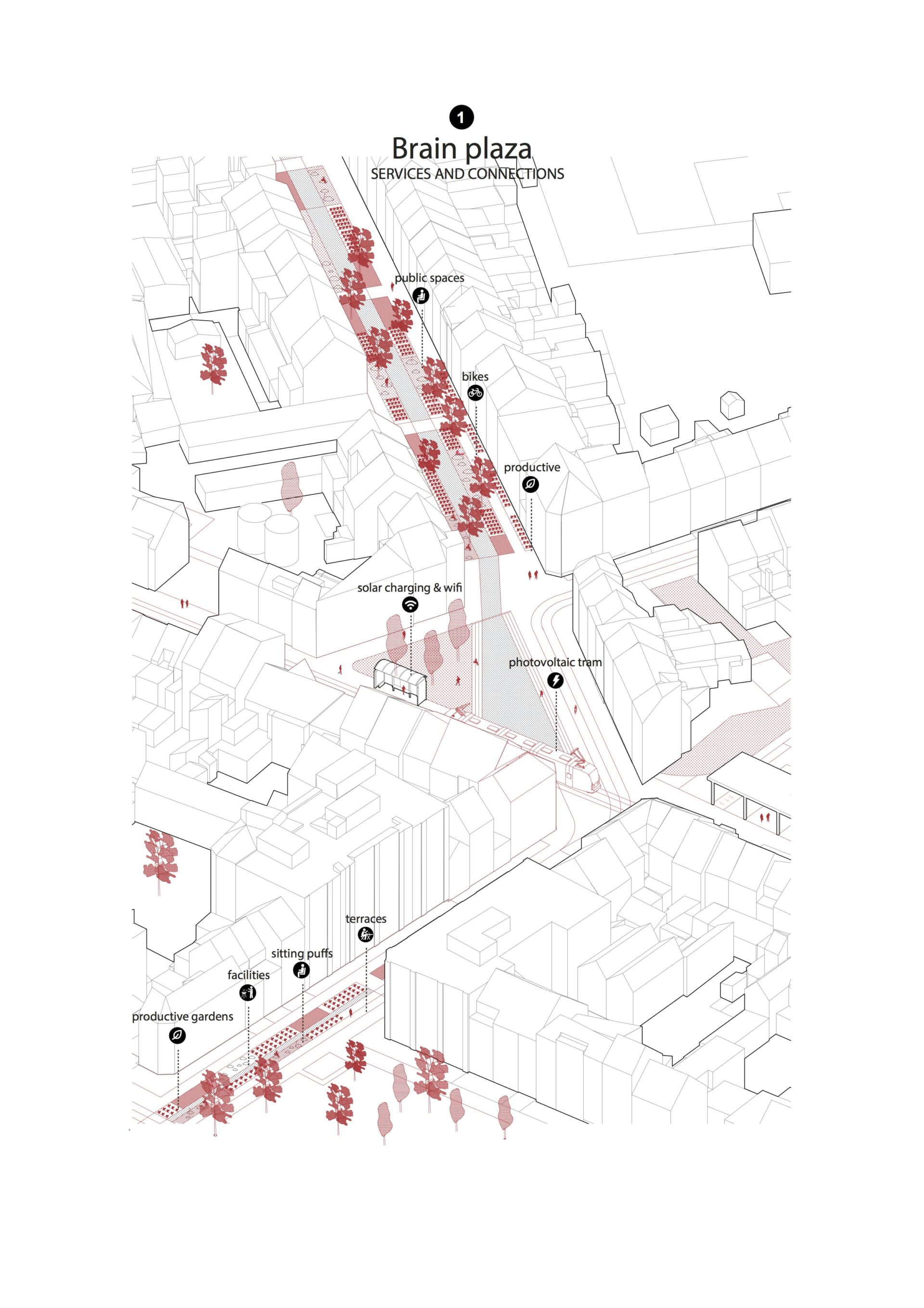 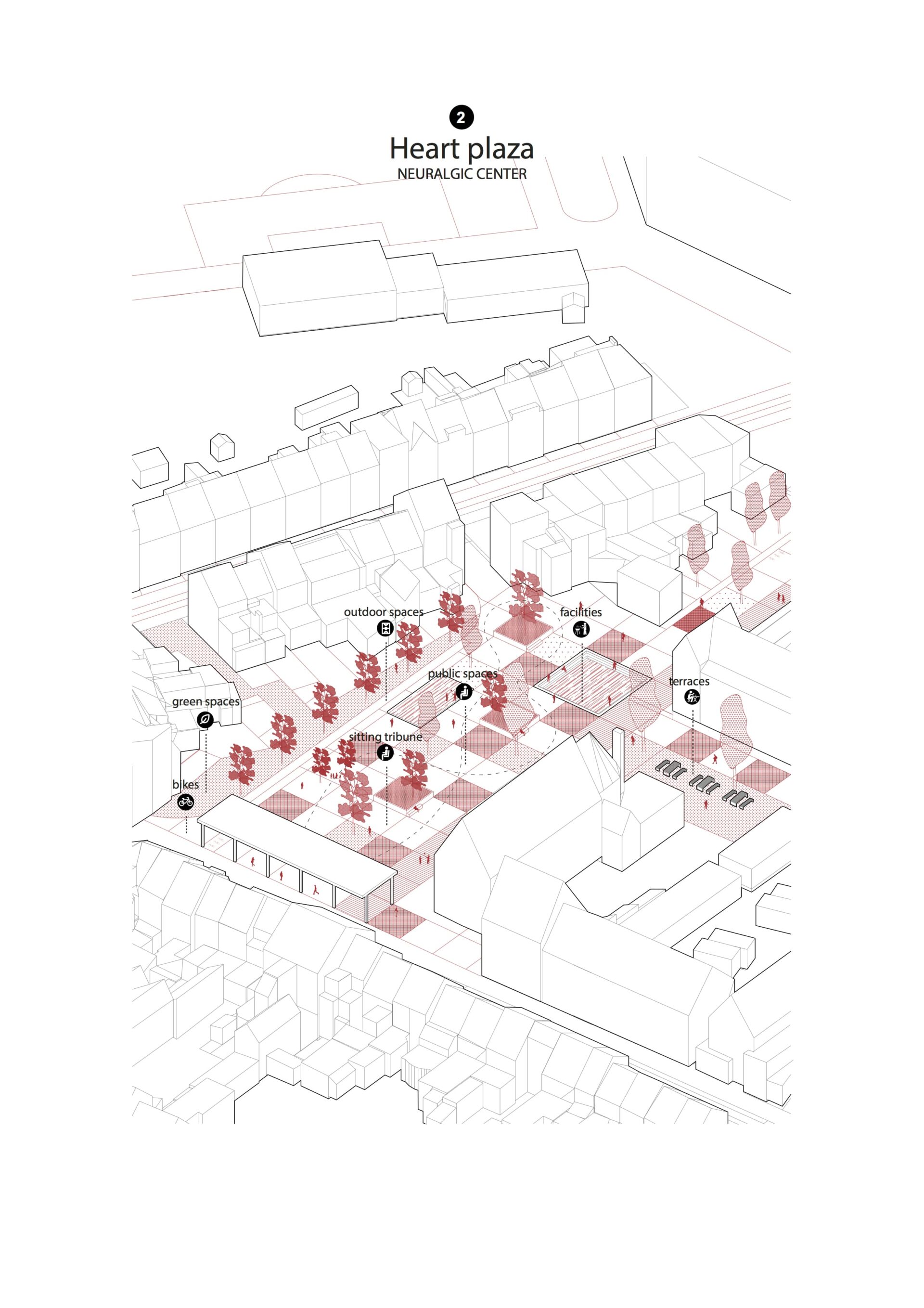 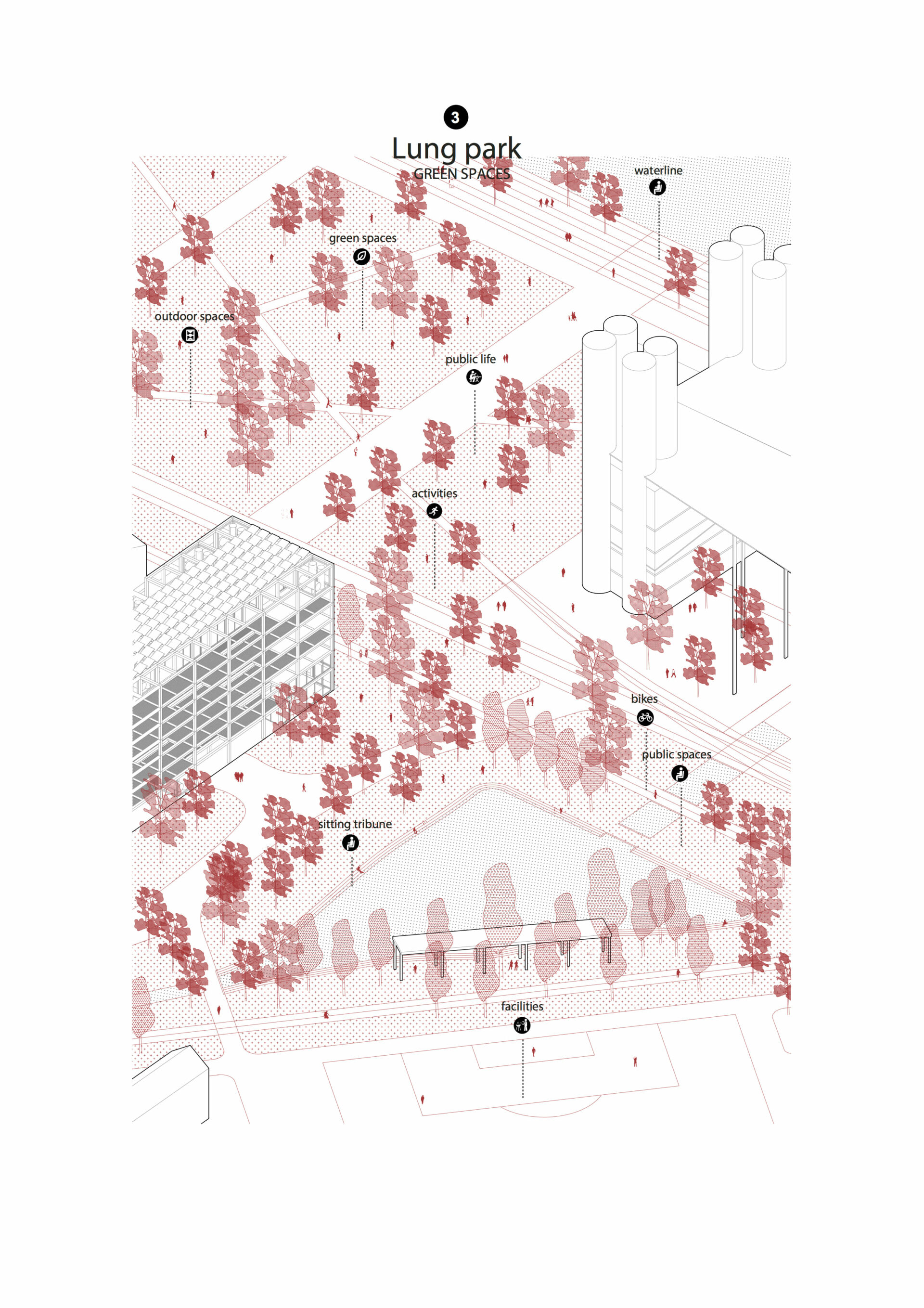 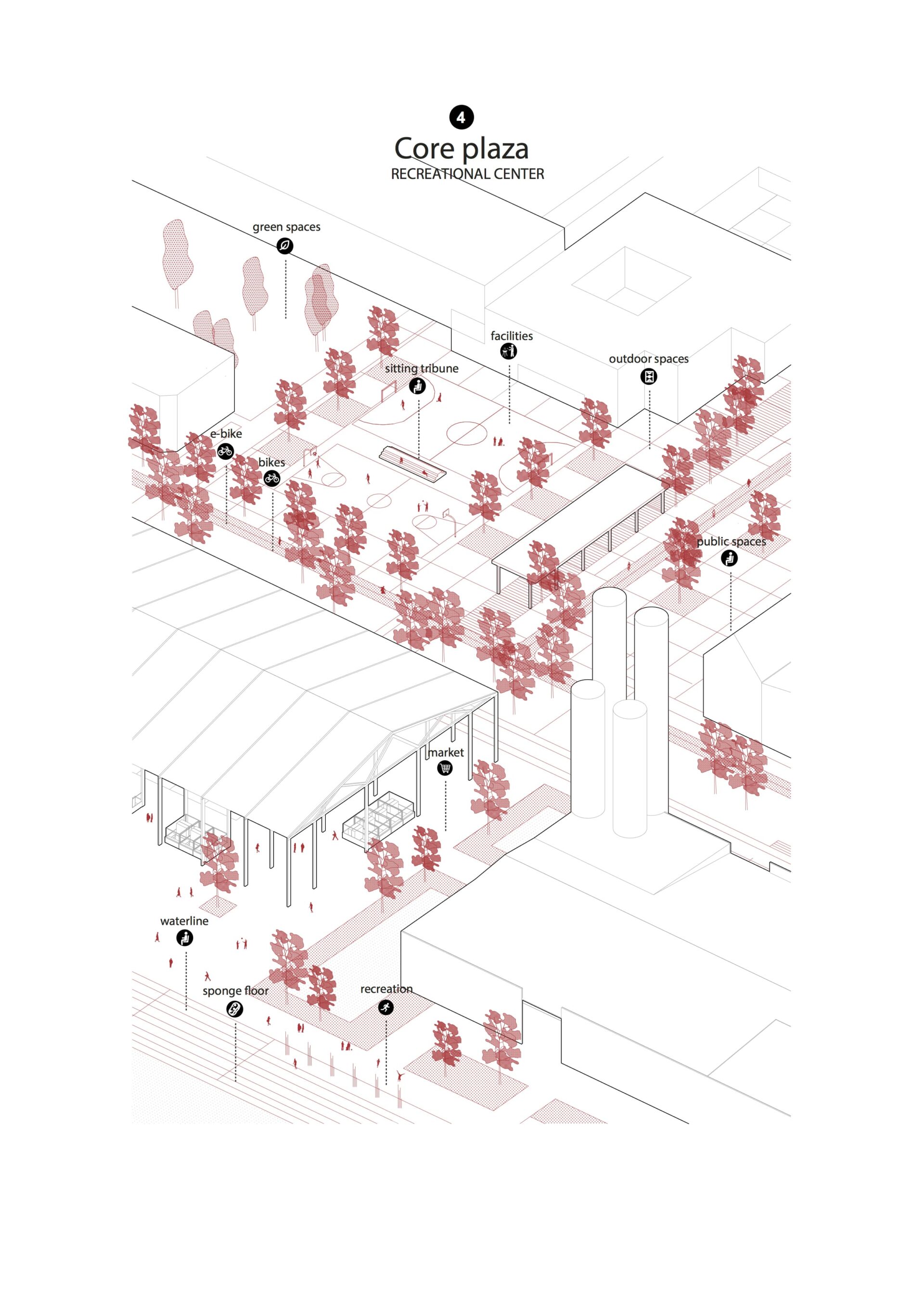 Muide is a peninsula located at the north of Ghent defined by a residential district with different post-industrial waterfronts. Today, it is a place that tends to turn into a sustainable village, a pilot district which can serve as an example for the rest of the city.

The proposal presented, suggests an analogy between the peninsula and the terminology of “urban metabolism”. Threating the urban fabric as a metabolic system with different organs and circulations.

Indeed, both of them need a nervous system composed by services and connections, a blood system organized with veins and arteries (the avenues and streets), a breathing system made by green spaces, and finally; a locomotor system that defines the structural network of Muide. For this, each team has been given the role of an organ, to reflect on the different scales of the urban project and the further development of the site. By giving the others a set of rules; together they will establish the perfect cohesion between all the proposals. Defining a clear identity for the future village.