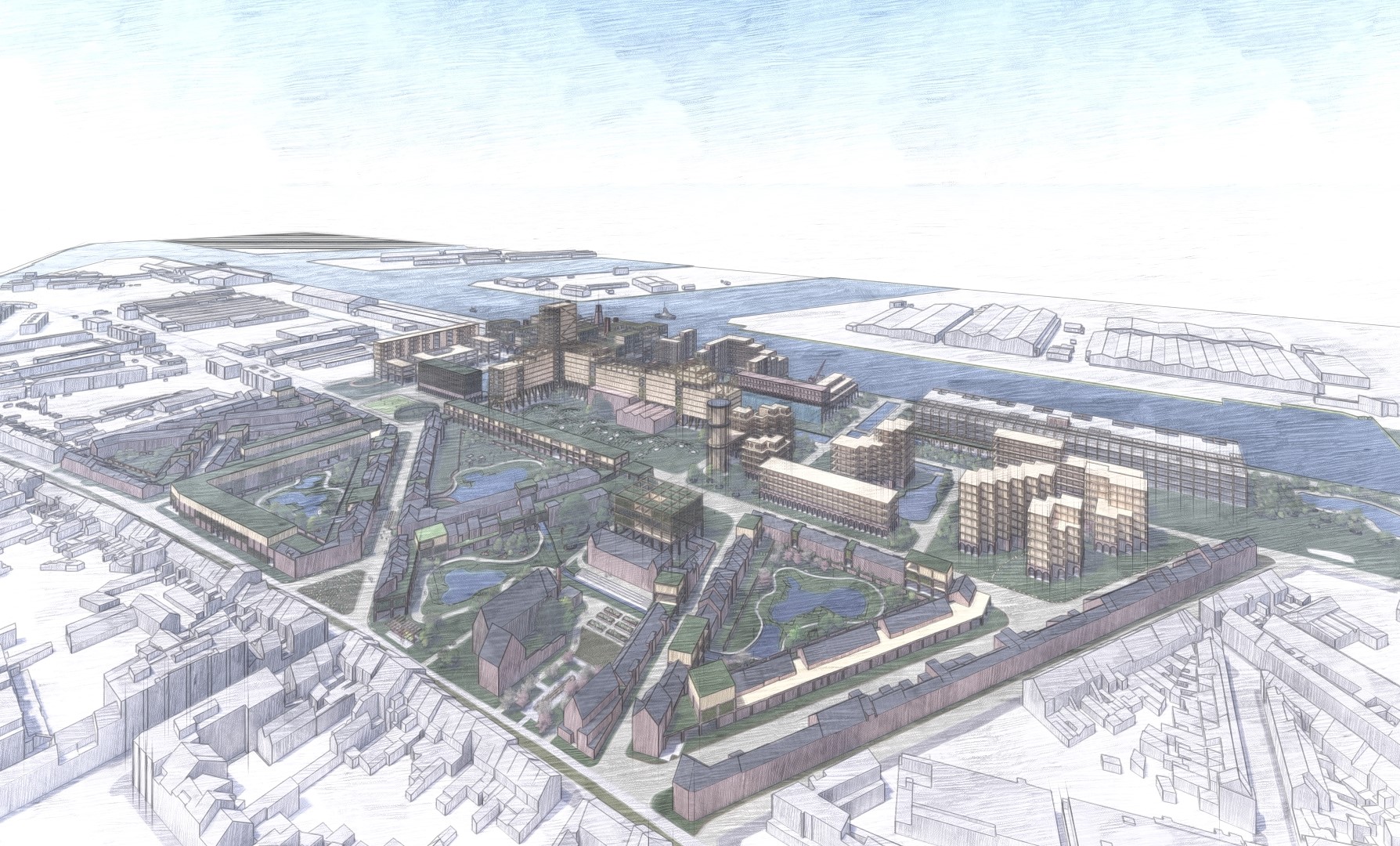 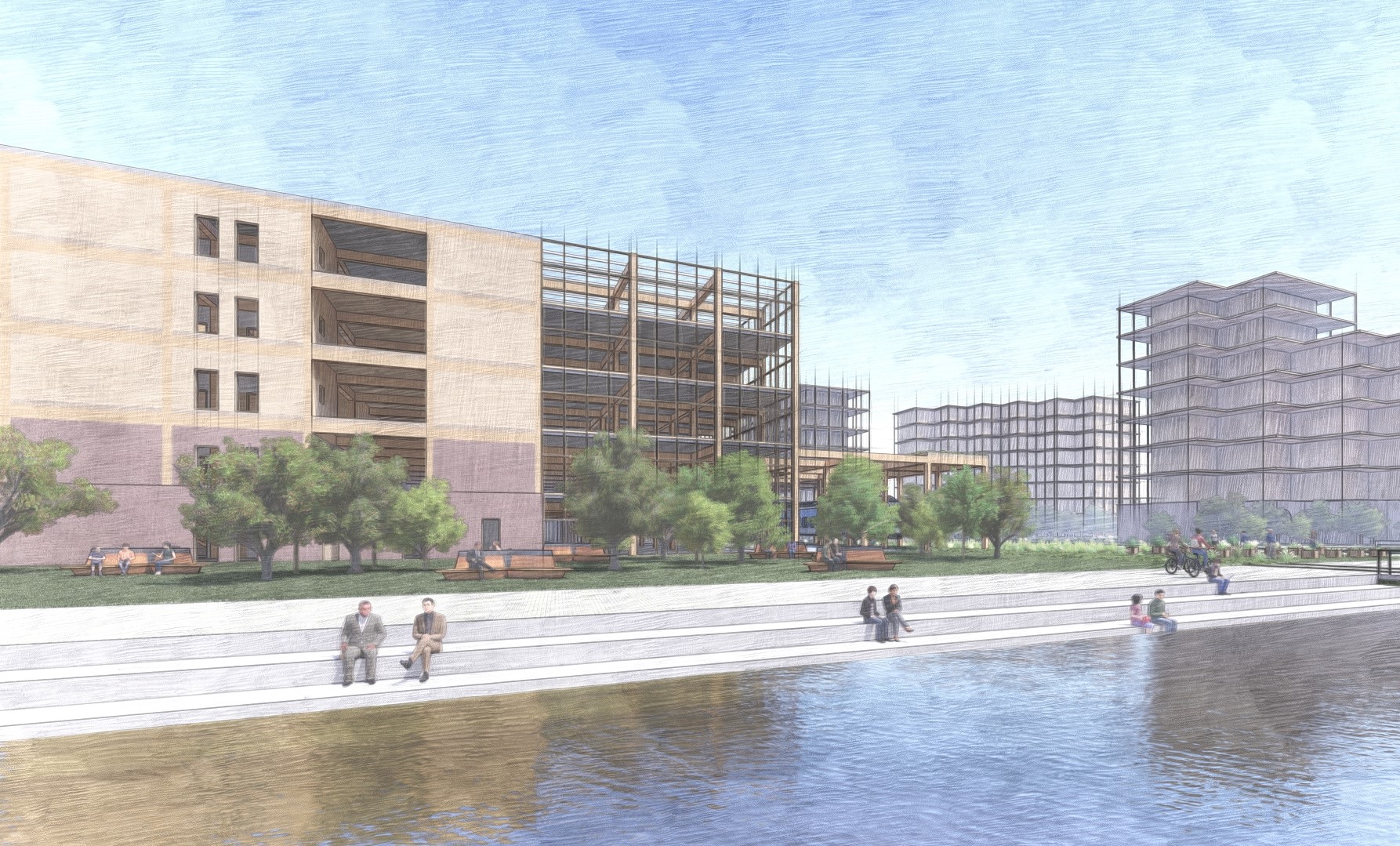 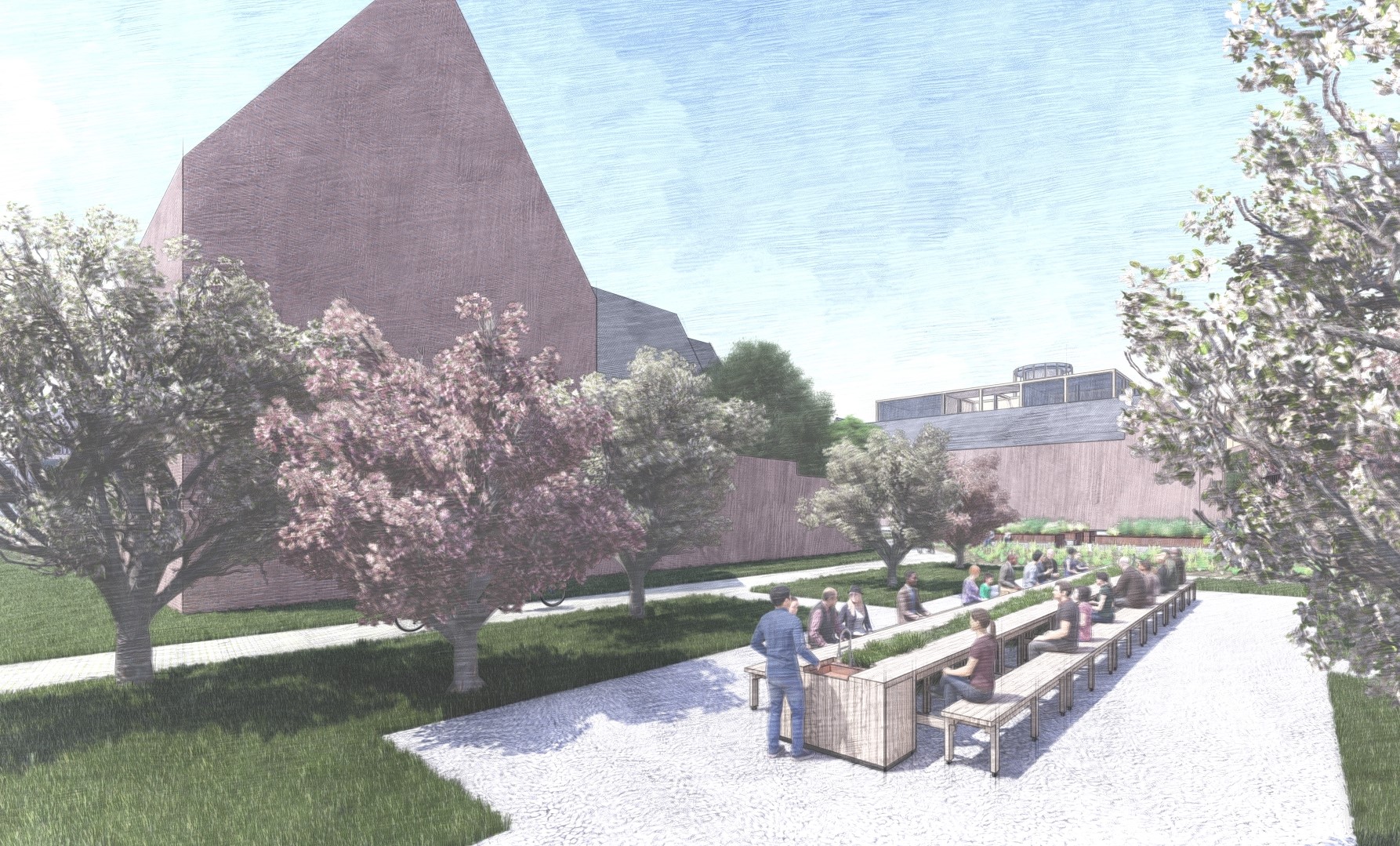 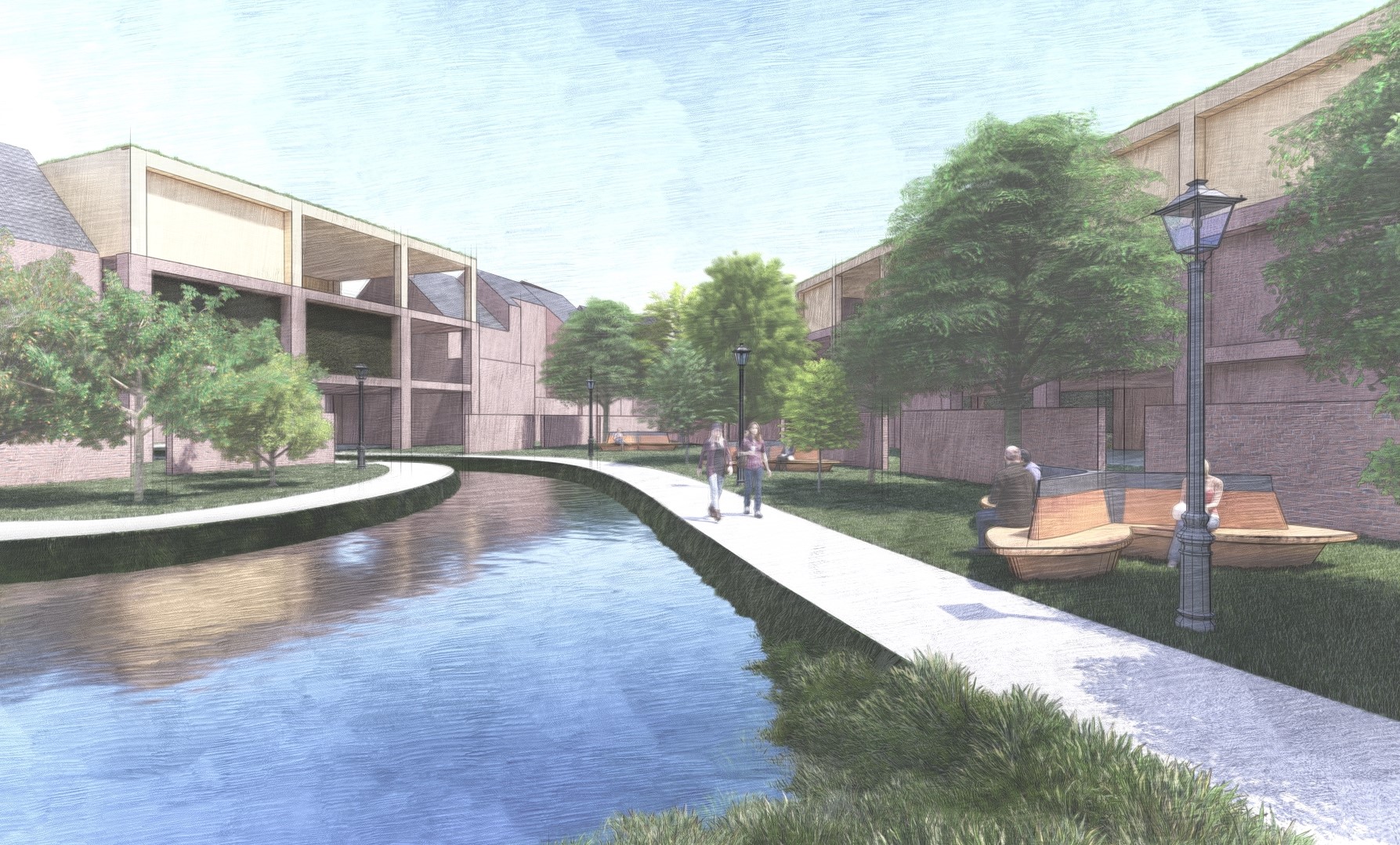 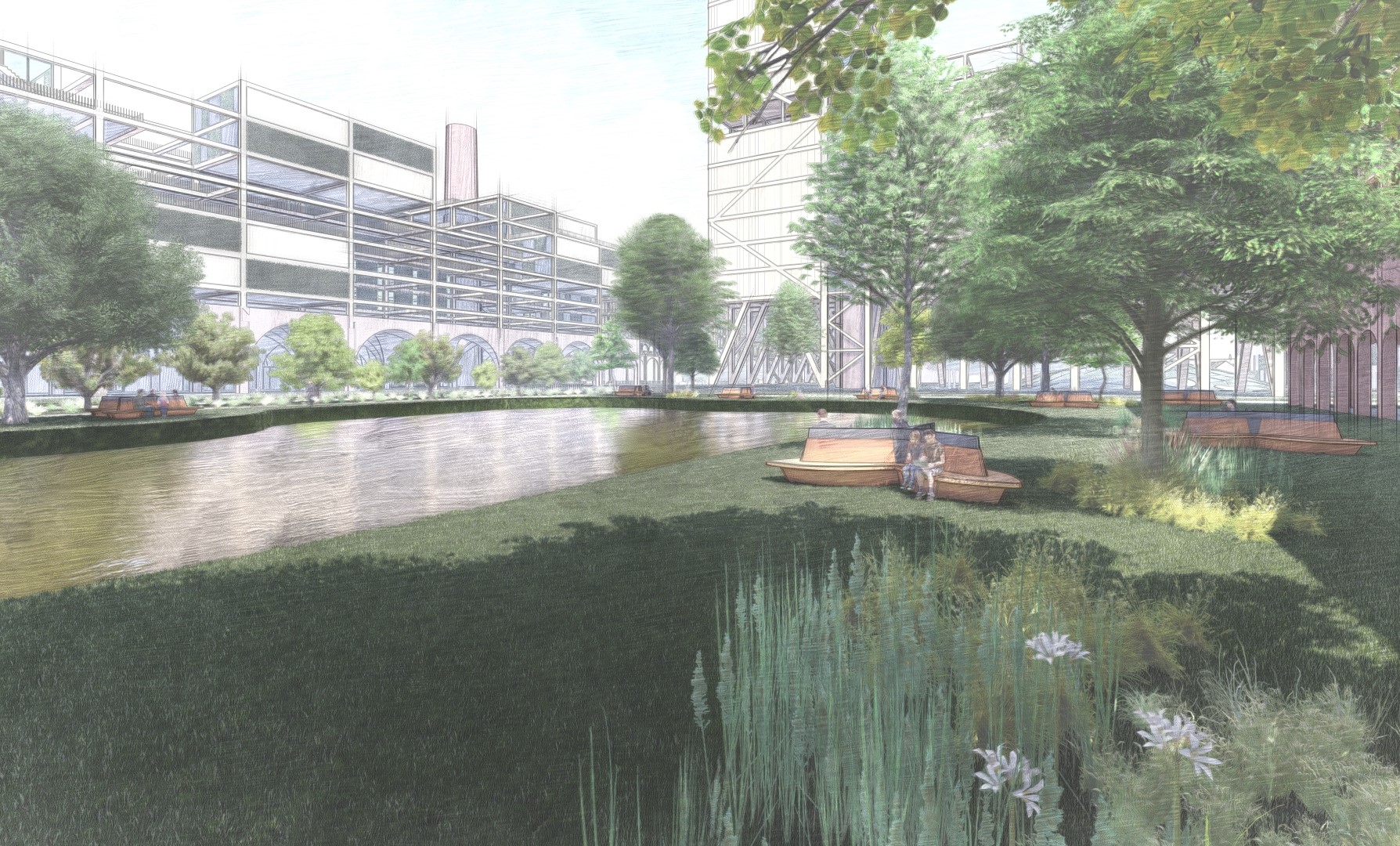 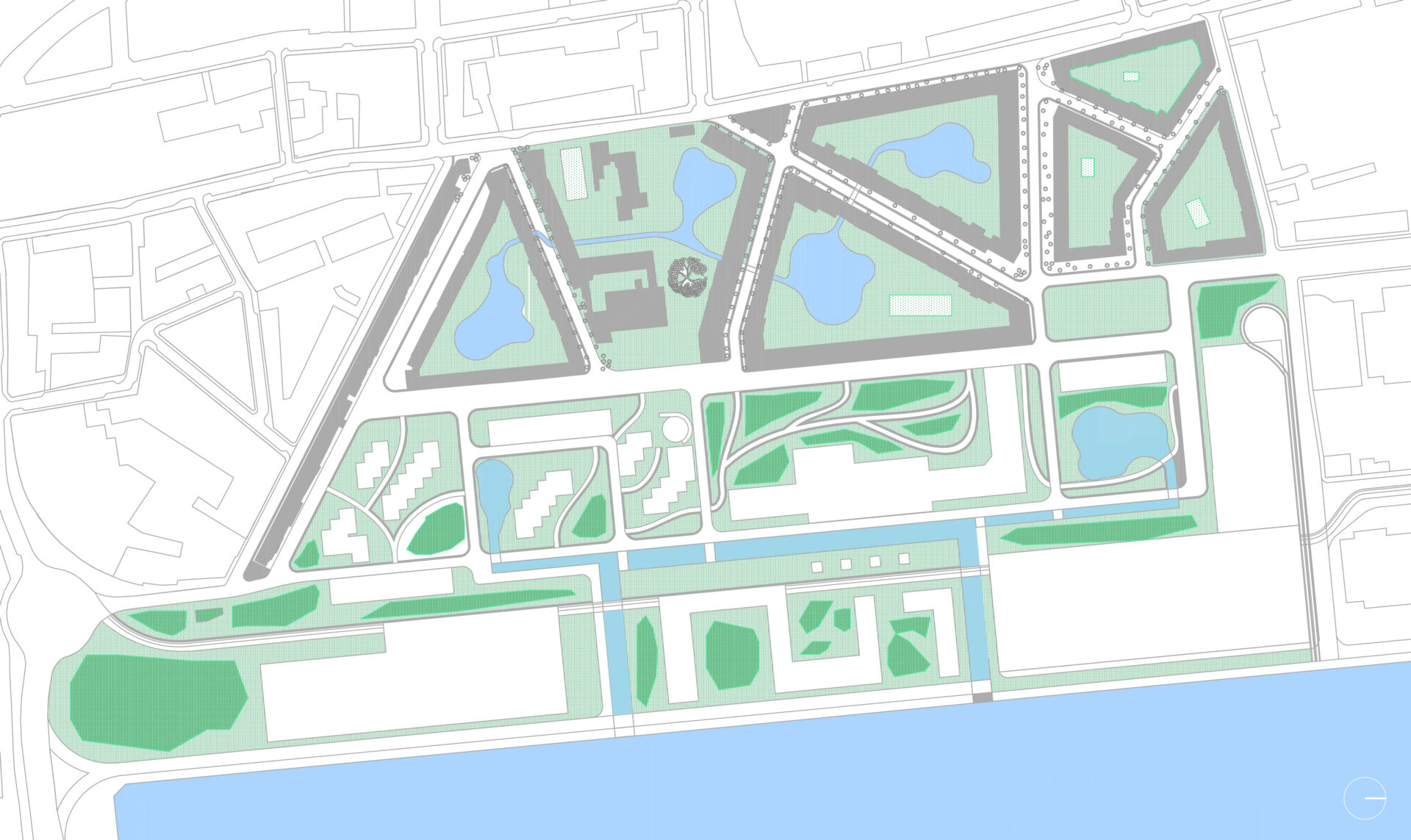 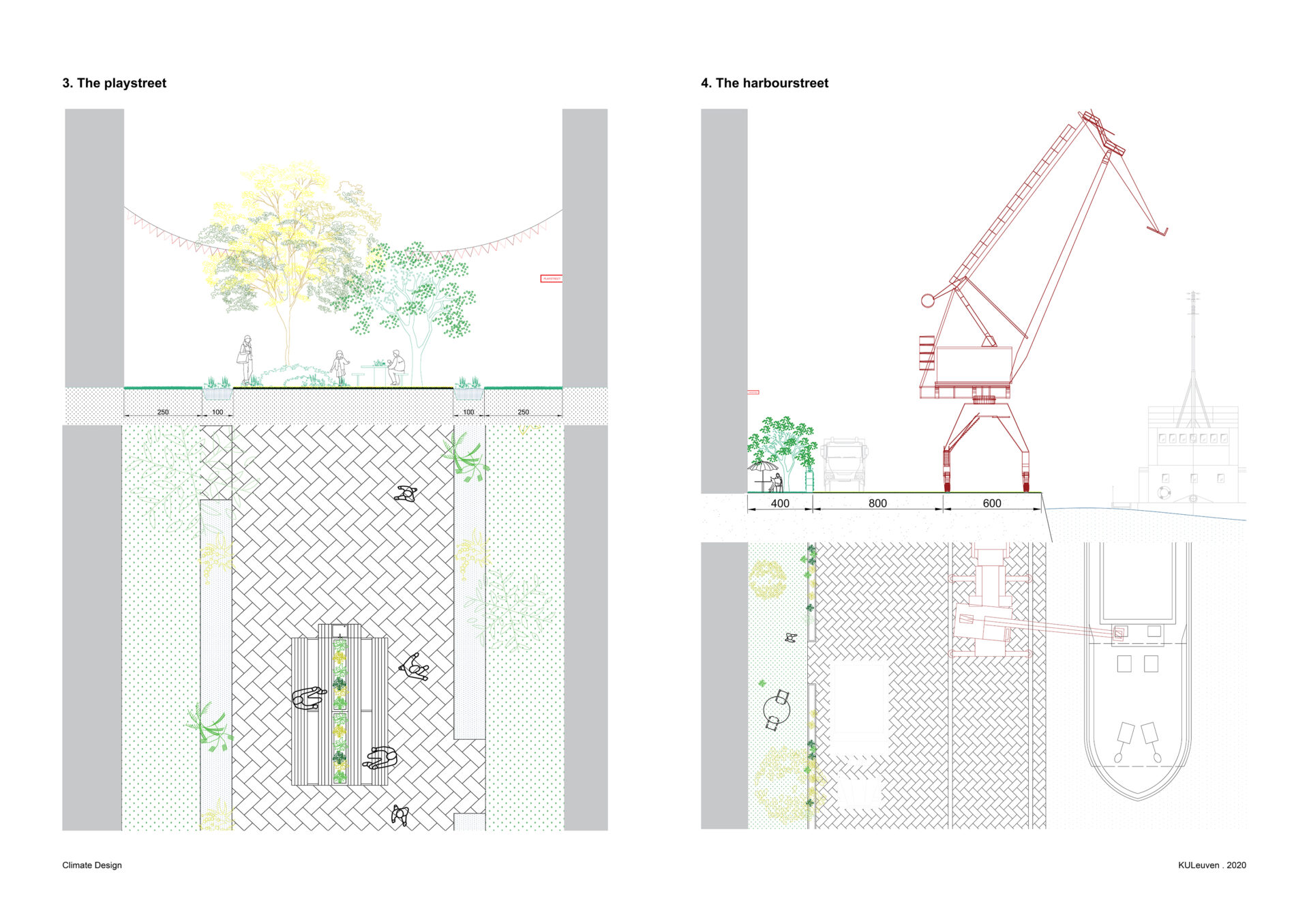 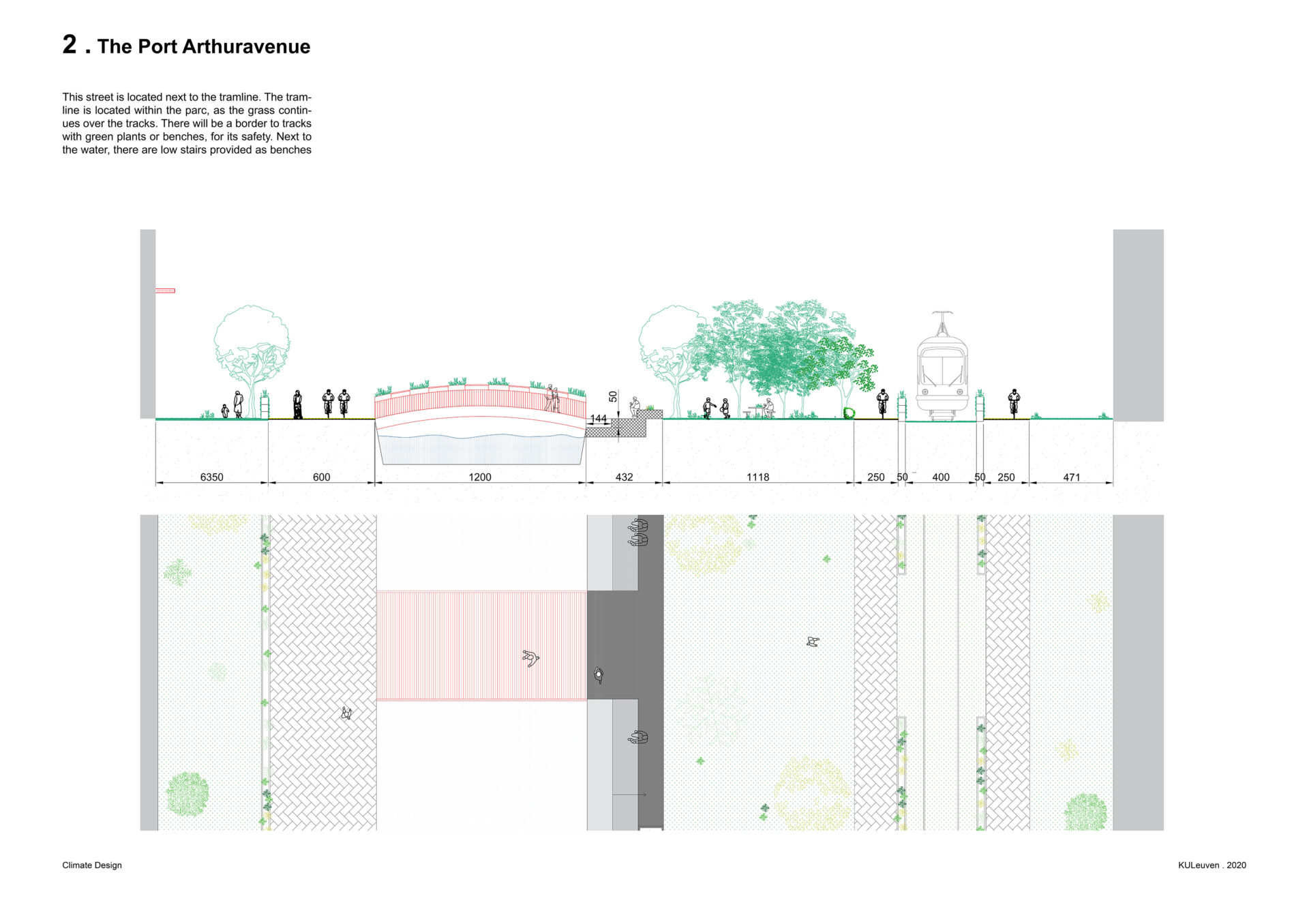 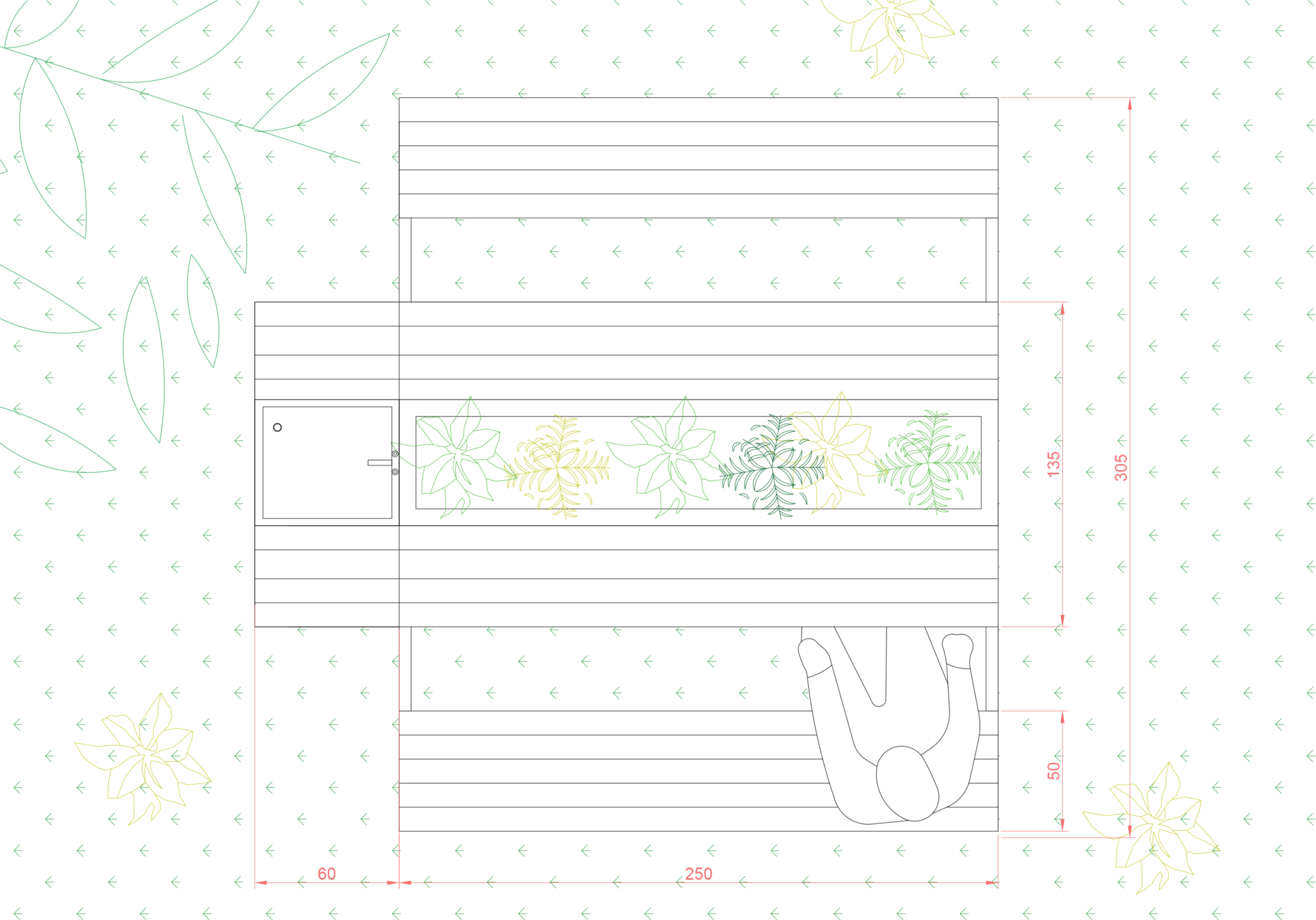 The Muide today is known for its former industrial character at the port of Ghent. Located at the north of Ghent, Muide is a working-class area. Lately, the area also attracts students and younger couples, or people who have just graduated because of its low housing costs. Meanwhile, the city of Ghent is also investing to make the area more appealing for its inhabitants by placing dog run meadows, hiring old harbor infrastructure to young entrepreneurs, placing playgrounds for children, organizing shared gardens, and so on.

The site today is mostly used for bigscale industry with next to it row houses, where you kind of feel the negative effect of the industry. Because today this is seen as a grey and negative architecture that often is closed off from the outside world. It is even visible in the name, industry park.

Industry on three scales is also a way to combine the Muide and industry. Industry is not just one big scale, you have small scale and entrepreneurs as well. We see the benefits of a big-scale next to the canal, so this will stay located at the sides. But the two other scales can happen throughout the whole site. A small woodshop space, somebody who makes chocolates, an office space,… The industry will collaborate with the city and will now be placed under the heading, mixing of functions.

A second word in the vision is parkside. The industry will be combined with green spaces. Degreying and unpaving the city is key. A 100% water-permeable city. The green spaces will be present around the whole site and are connected by an analog walk. The green spaces are not only good for the climate, but also the identity of the city.

Reidentifying the city will be done concerning the heritage that is already present today. Those will be kept as city monuments or landmarks and will be combined with new landmarks like the water tower. Most of the row houses also remain on the site to keep the identity of today, but enhance it with new architecture in the form of the grid. It is a play between the old and the new, where the old can teach us about the past architecture and the new enhances and gives the old renewable attention, making the Muide a new way of living.