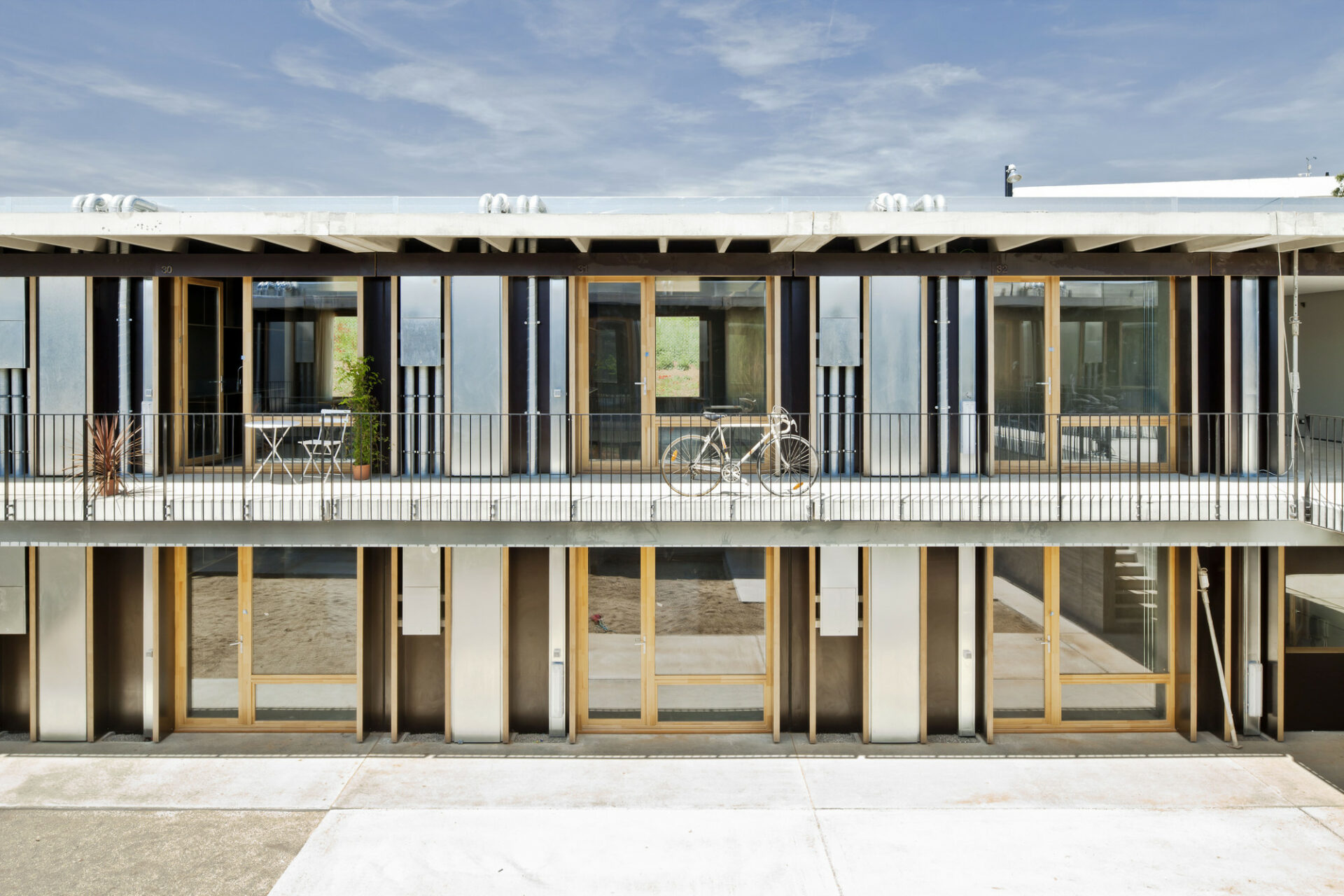 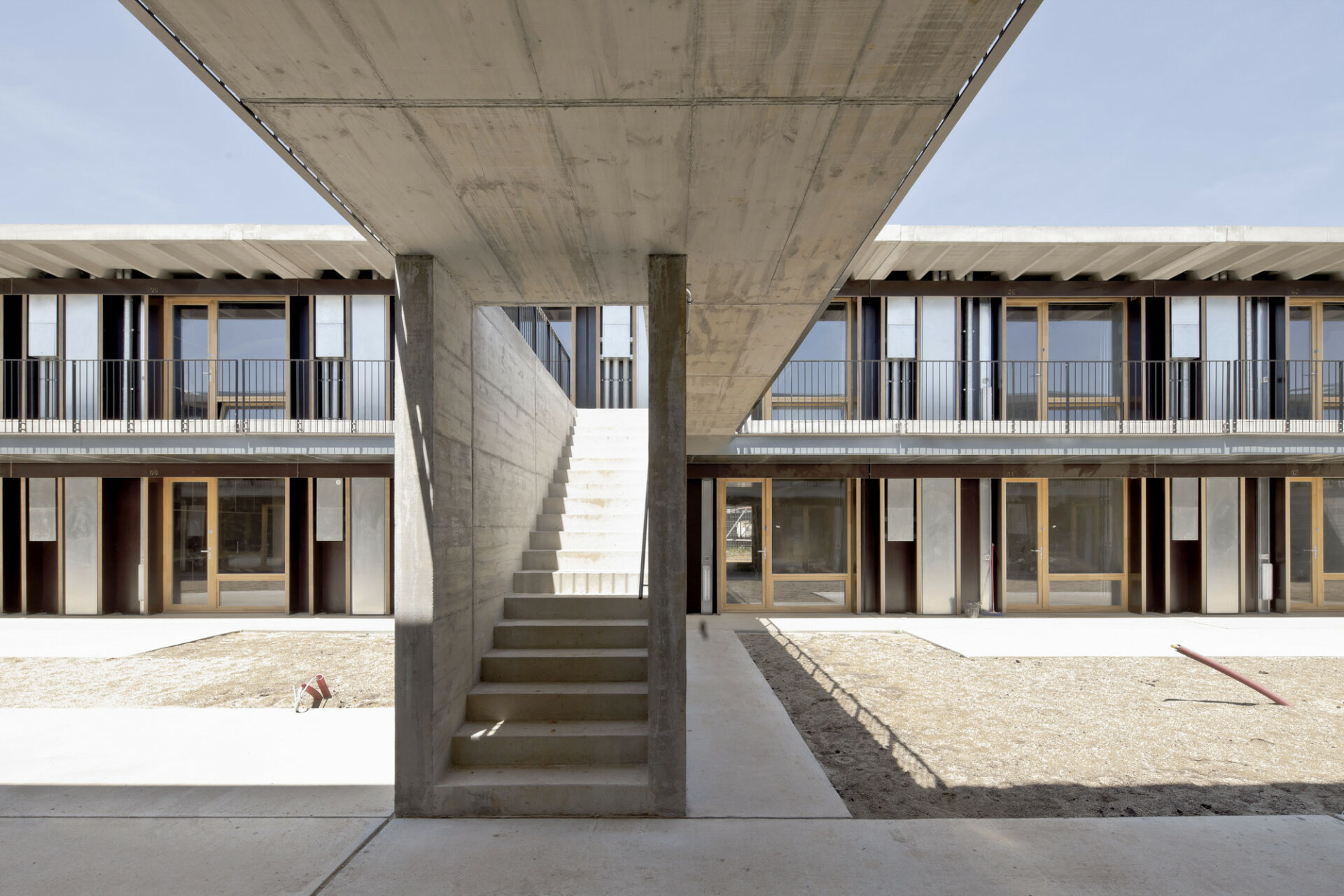 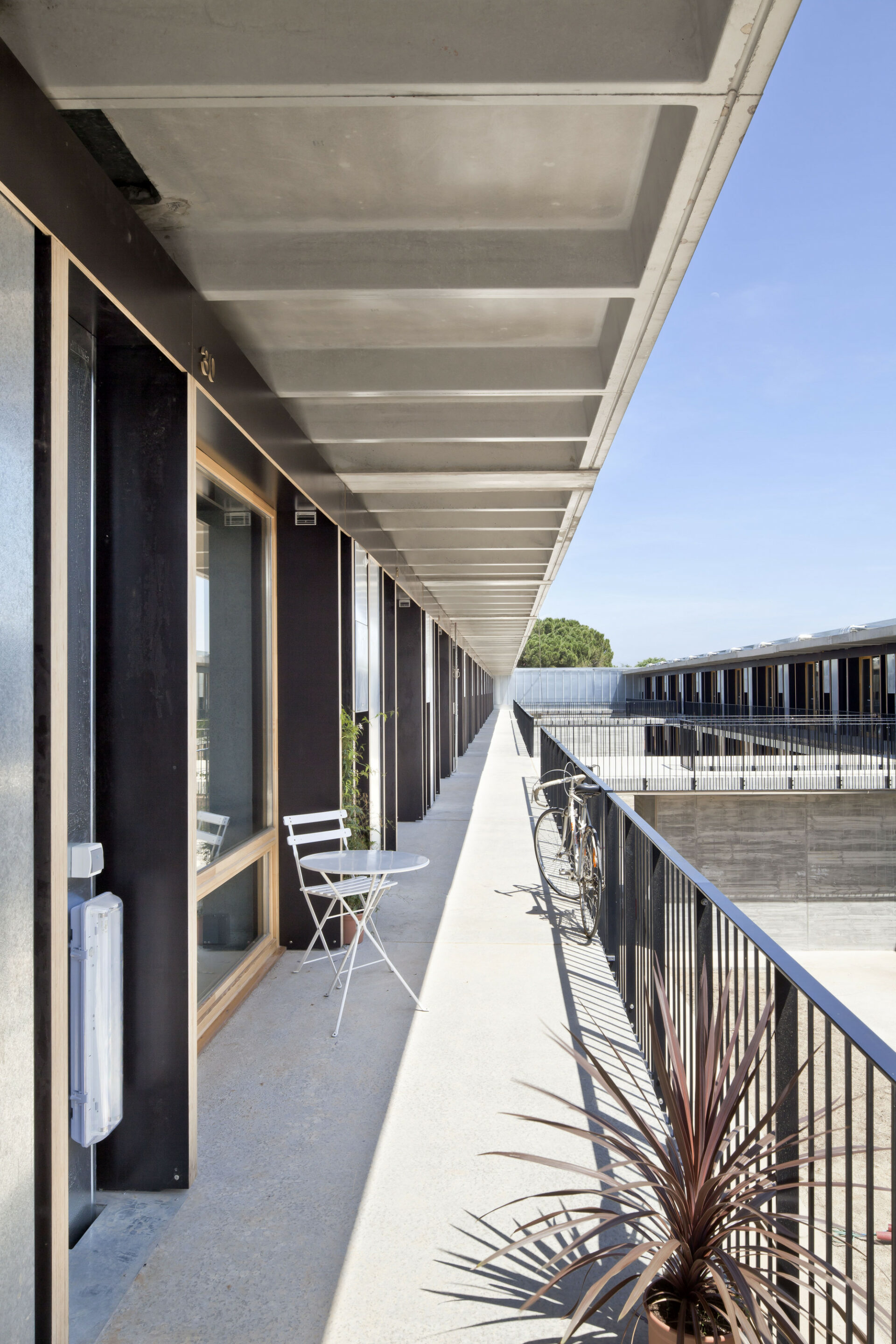 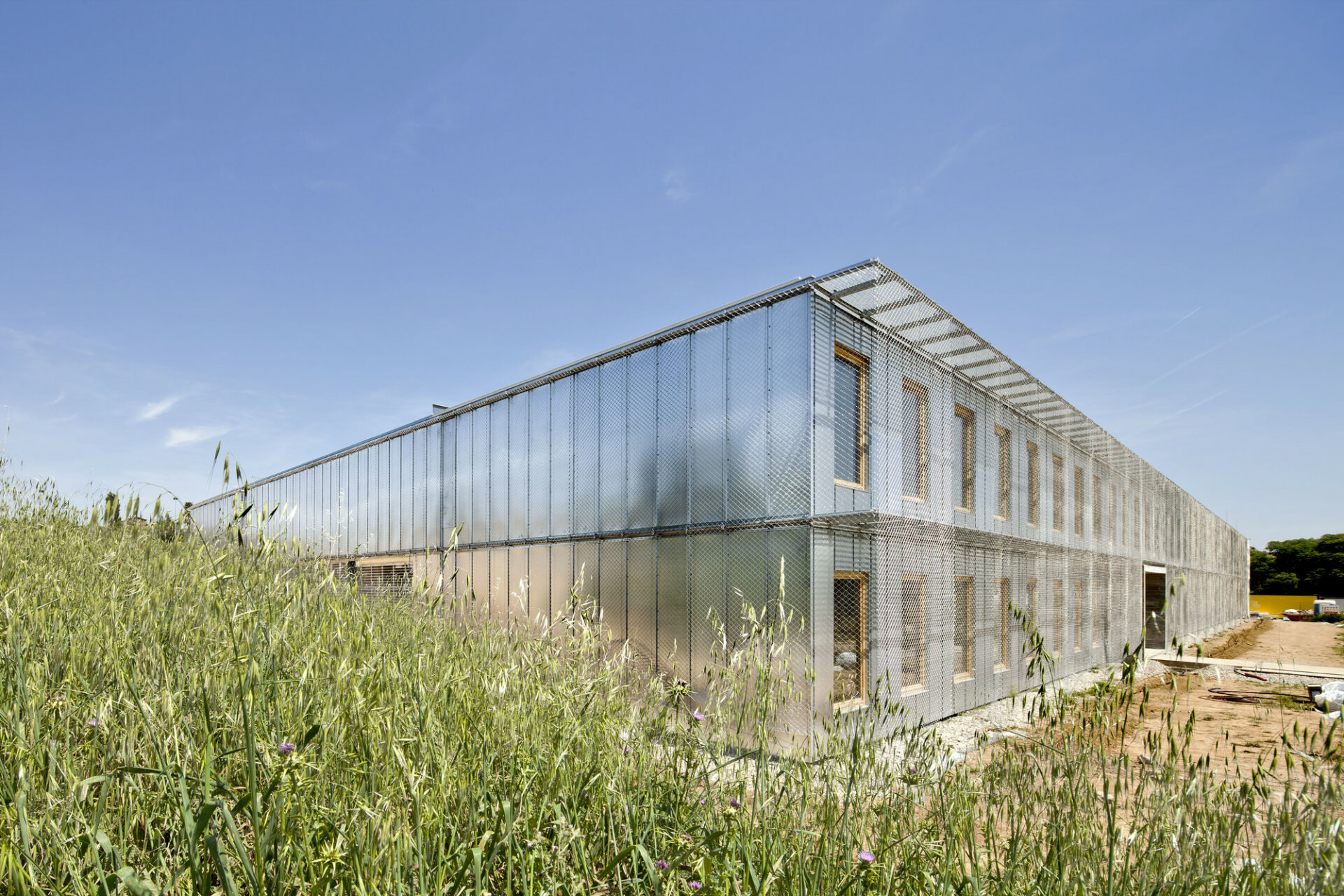 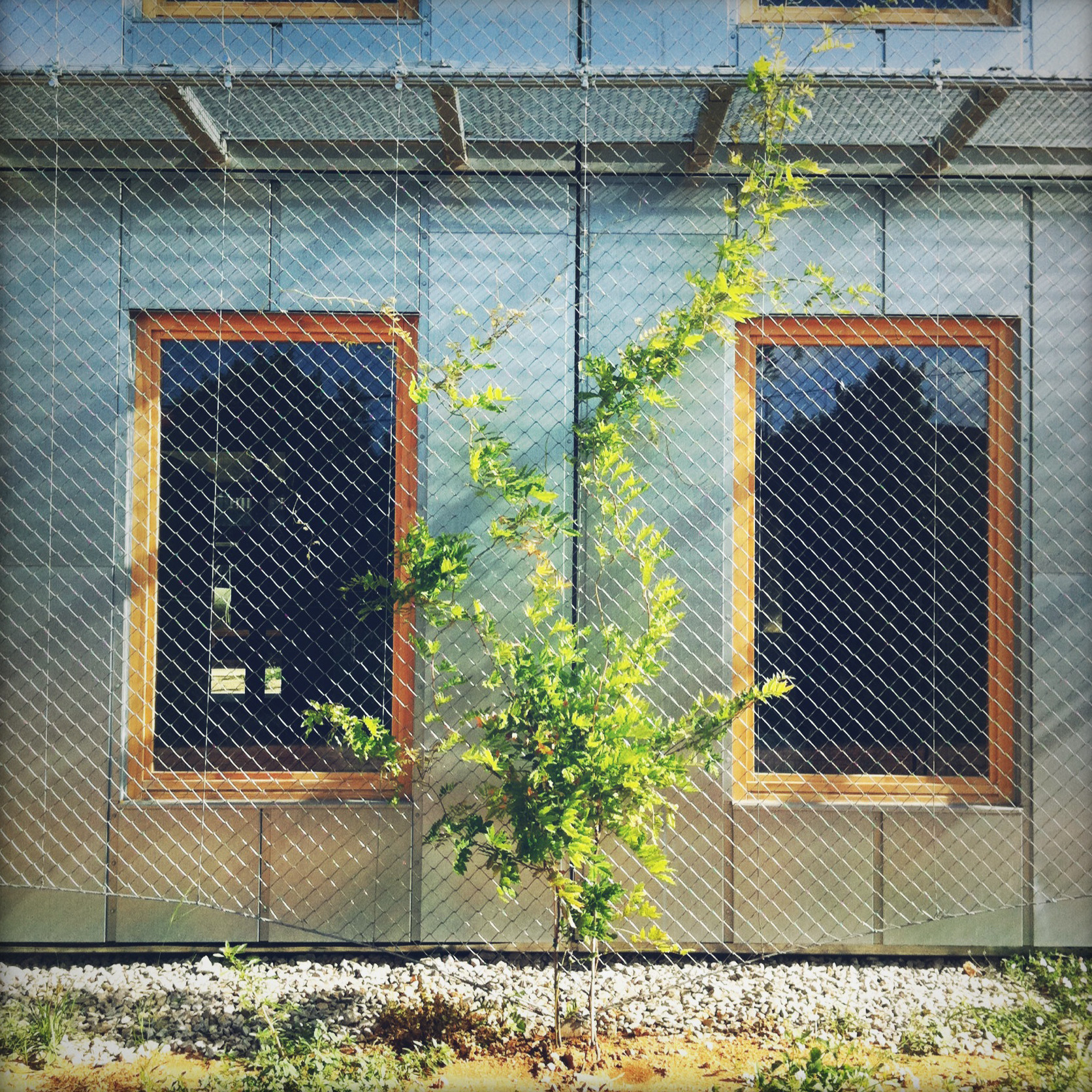 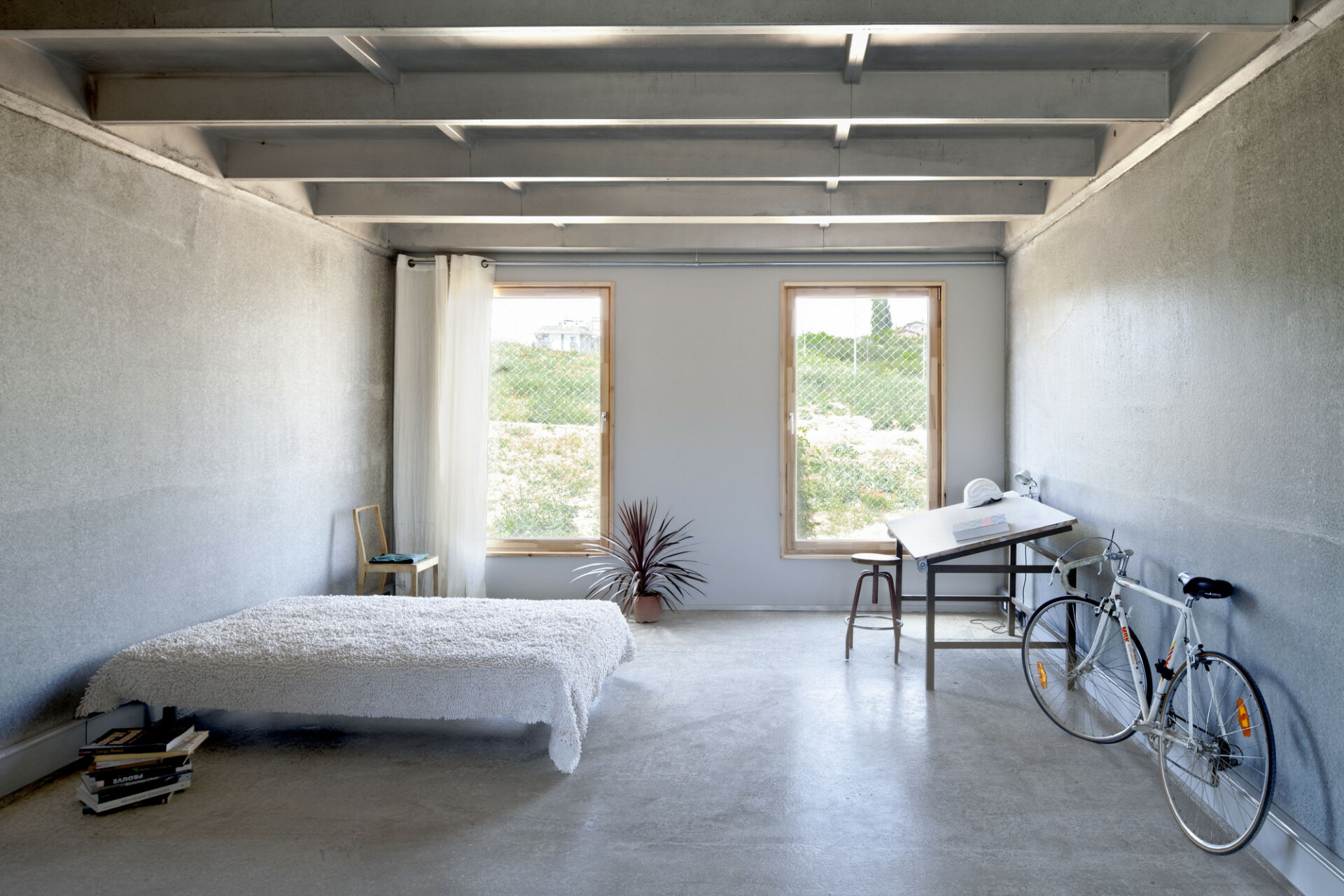 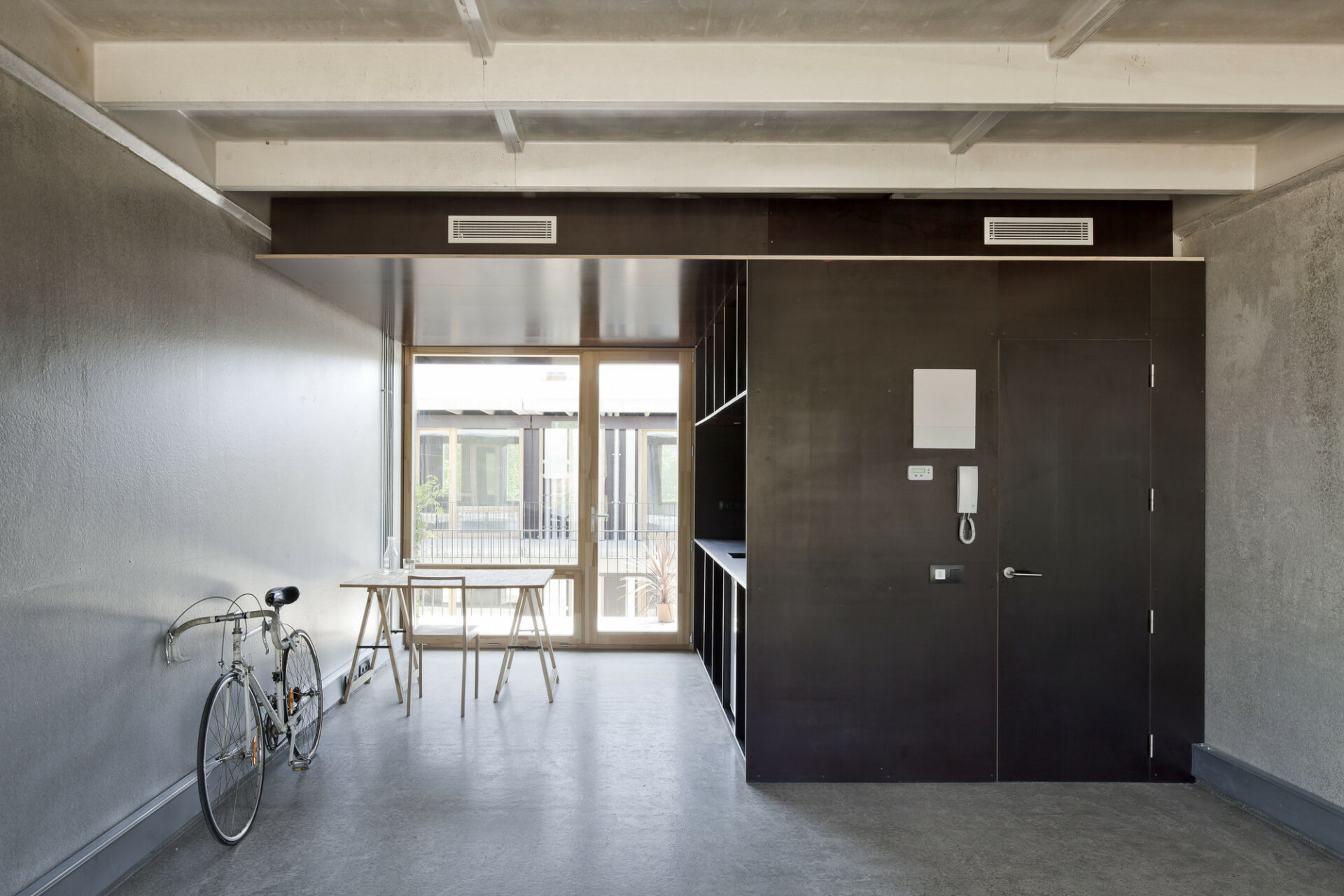 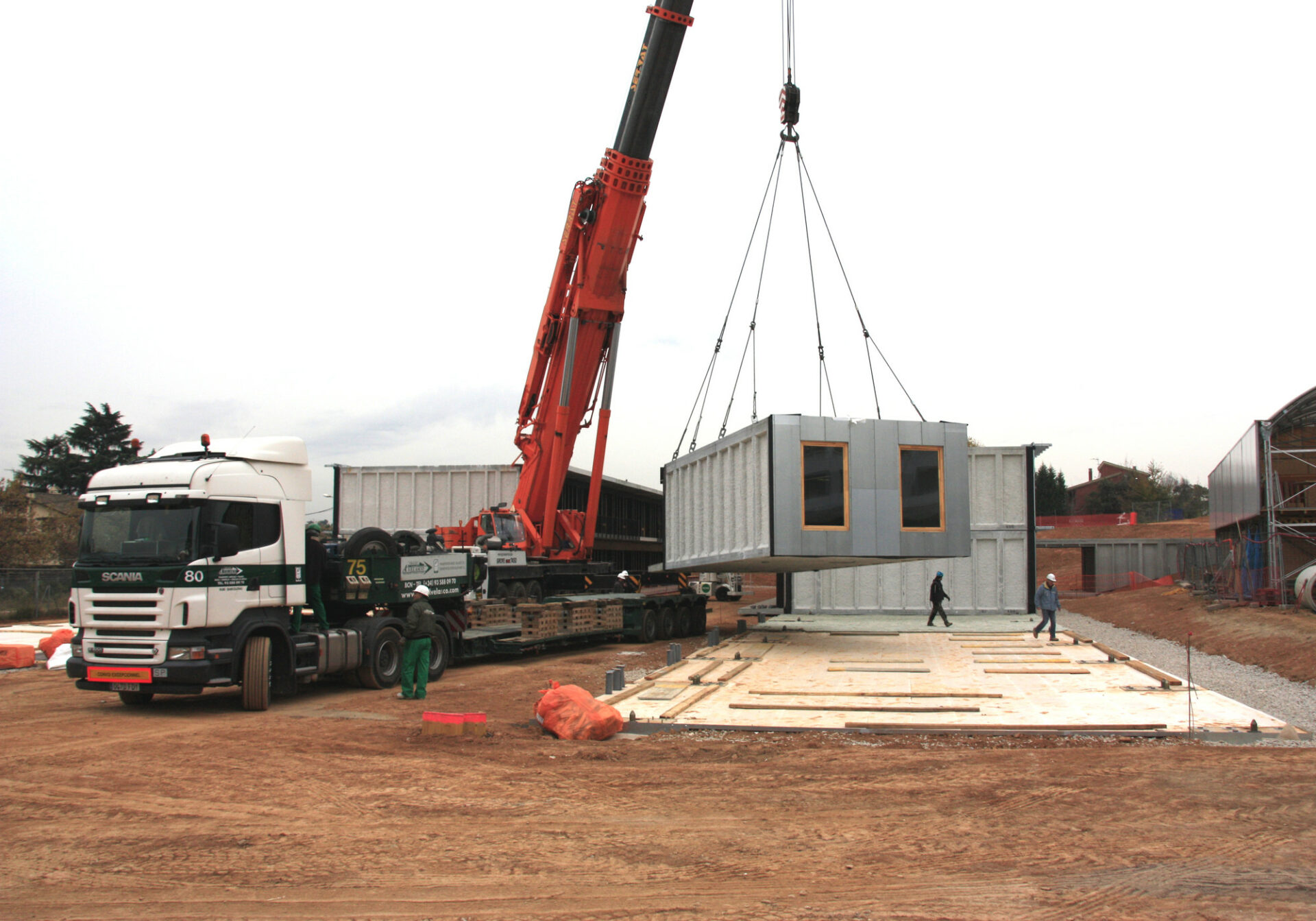 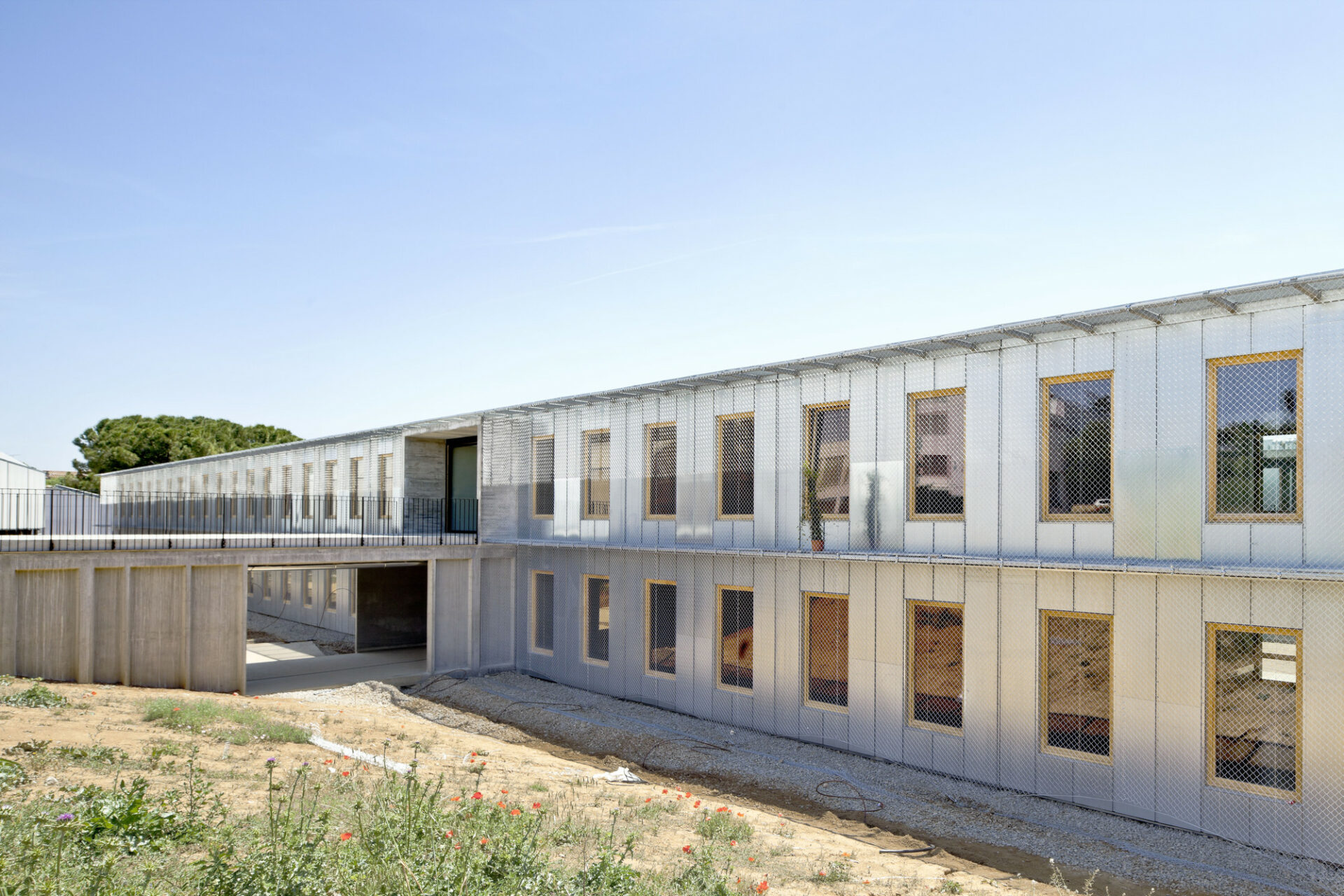 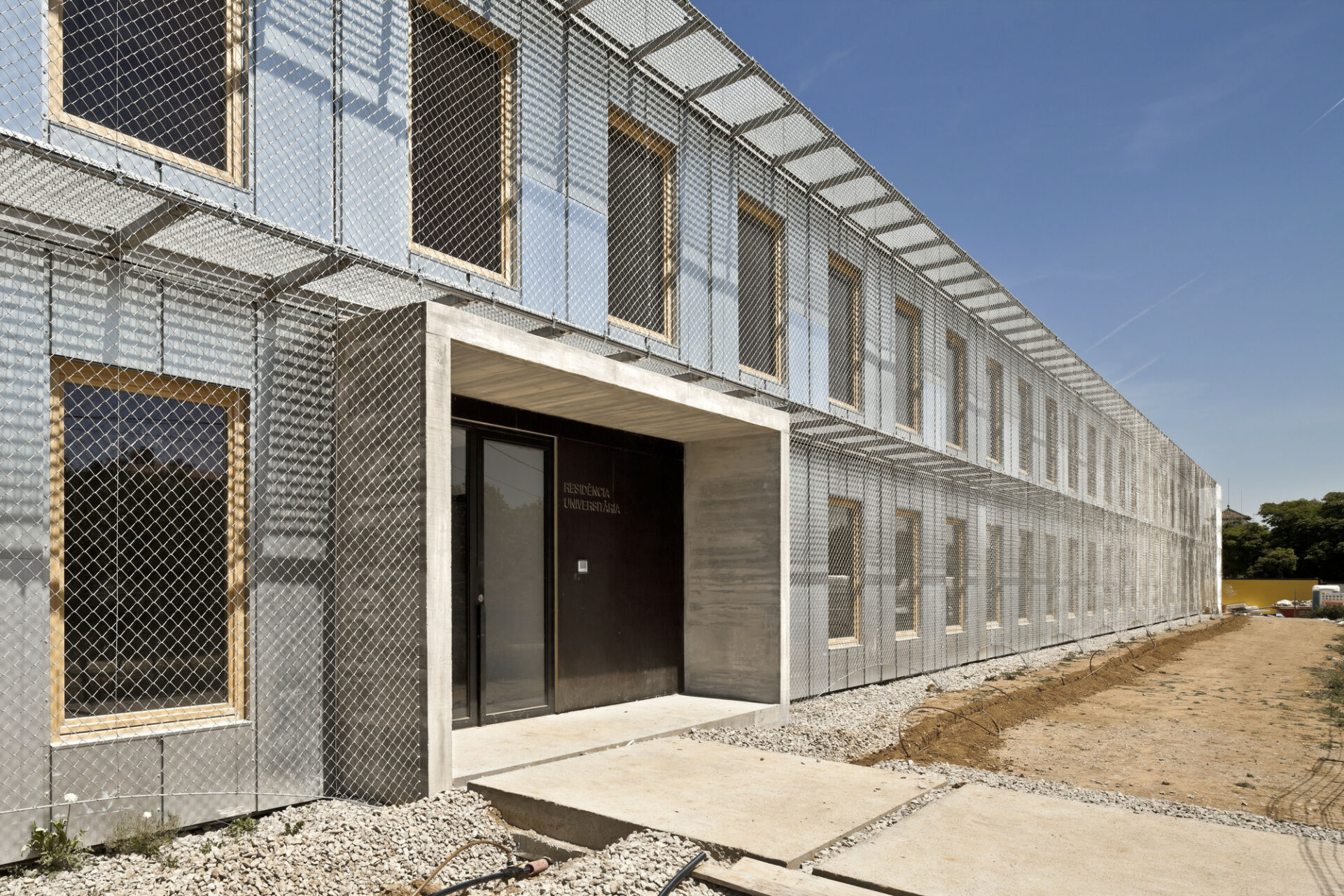 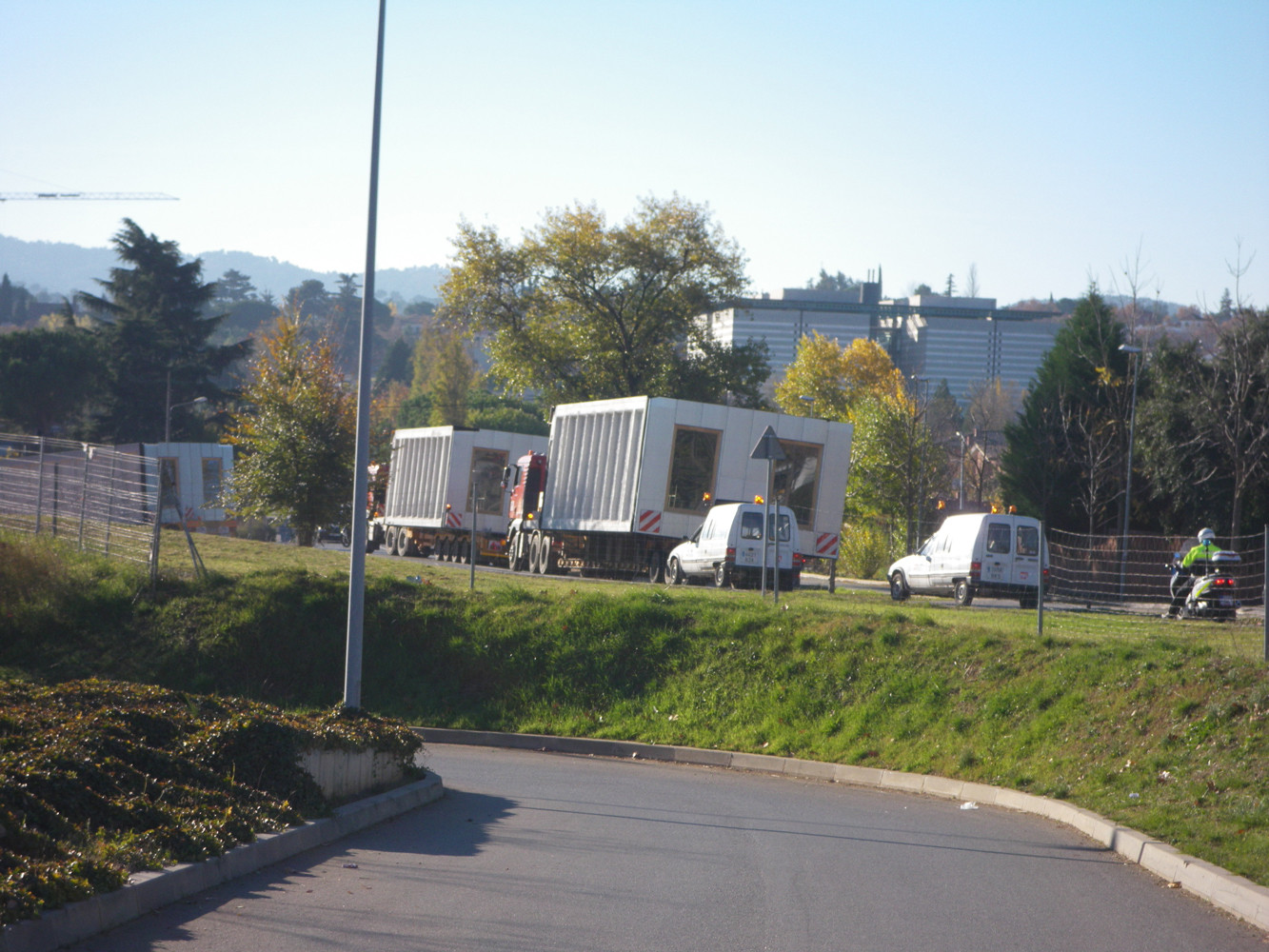 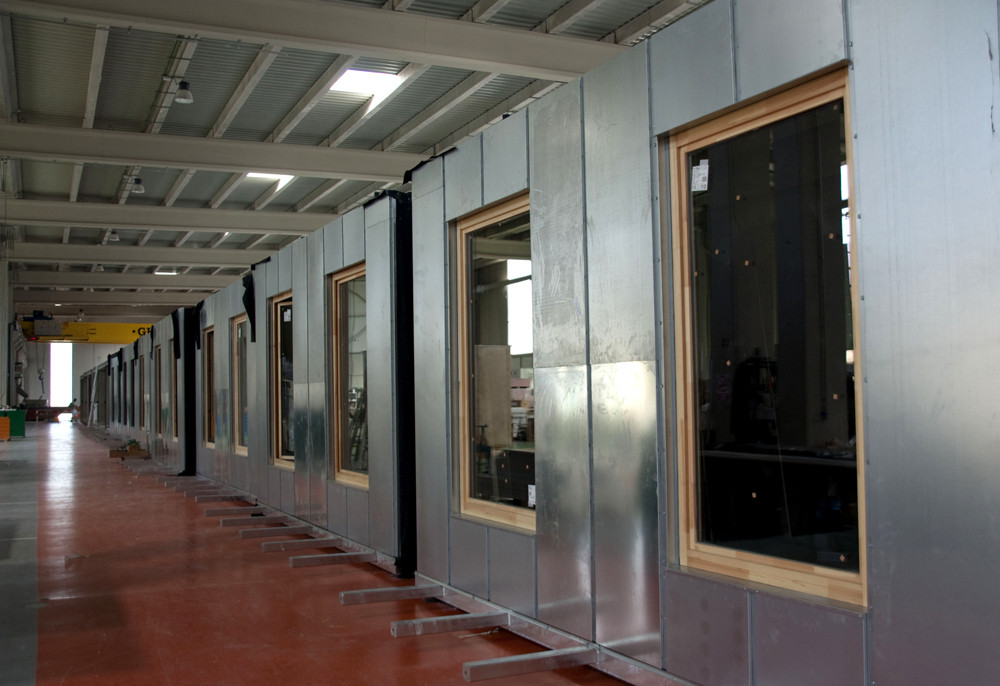 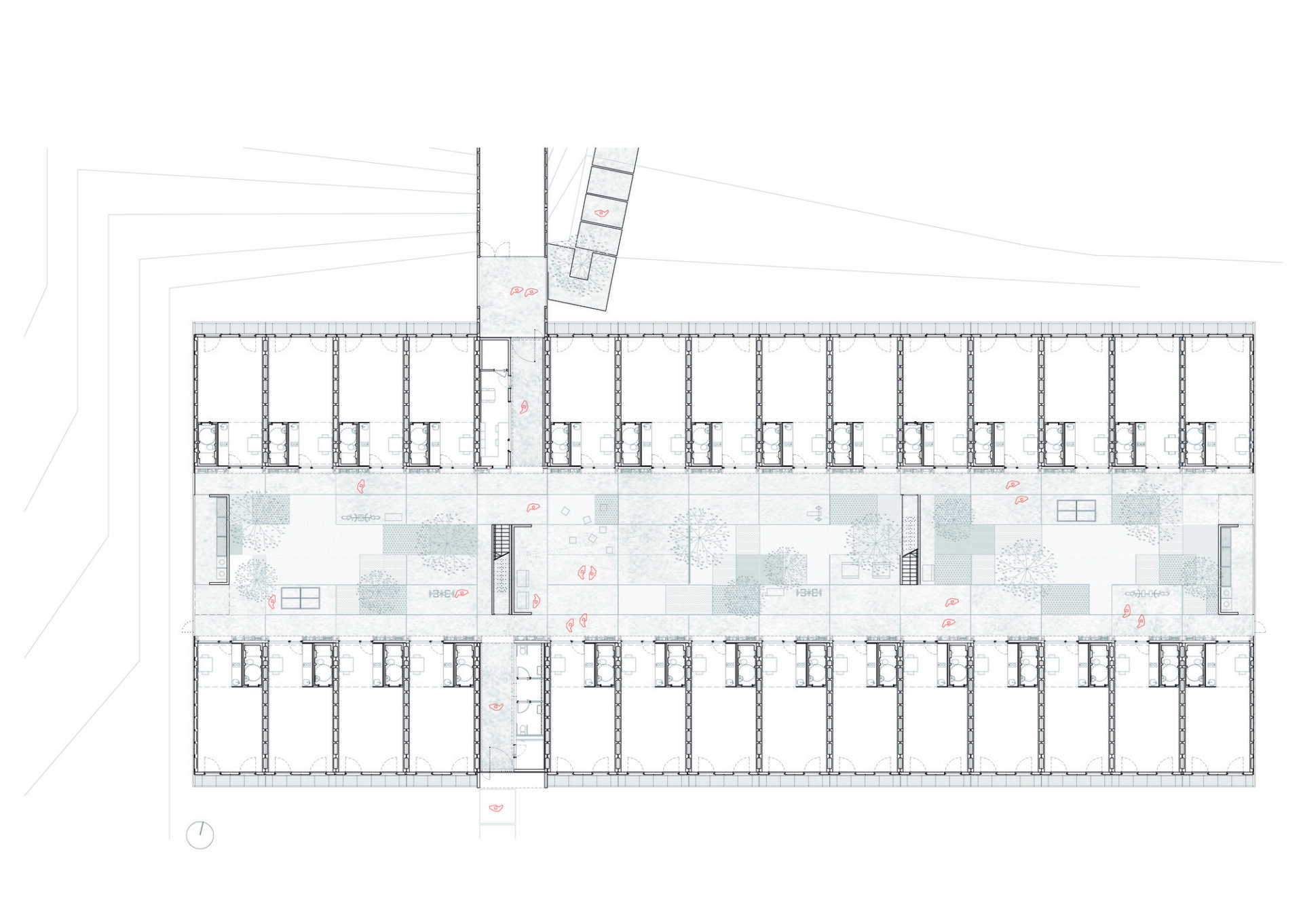 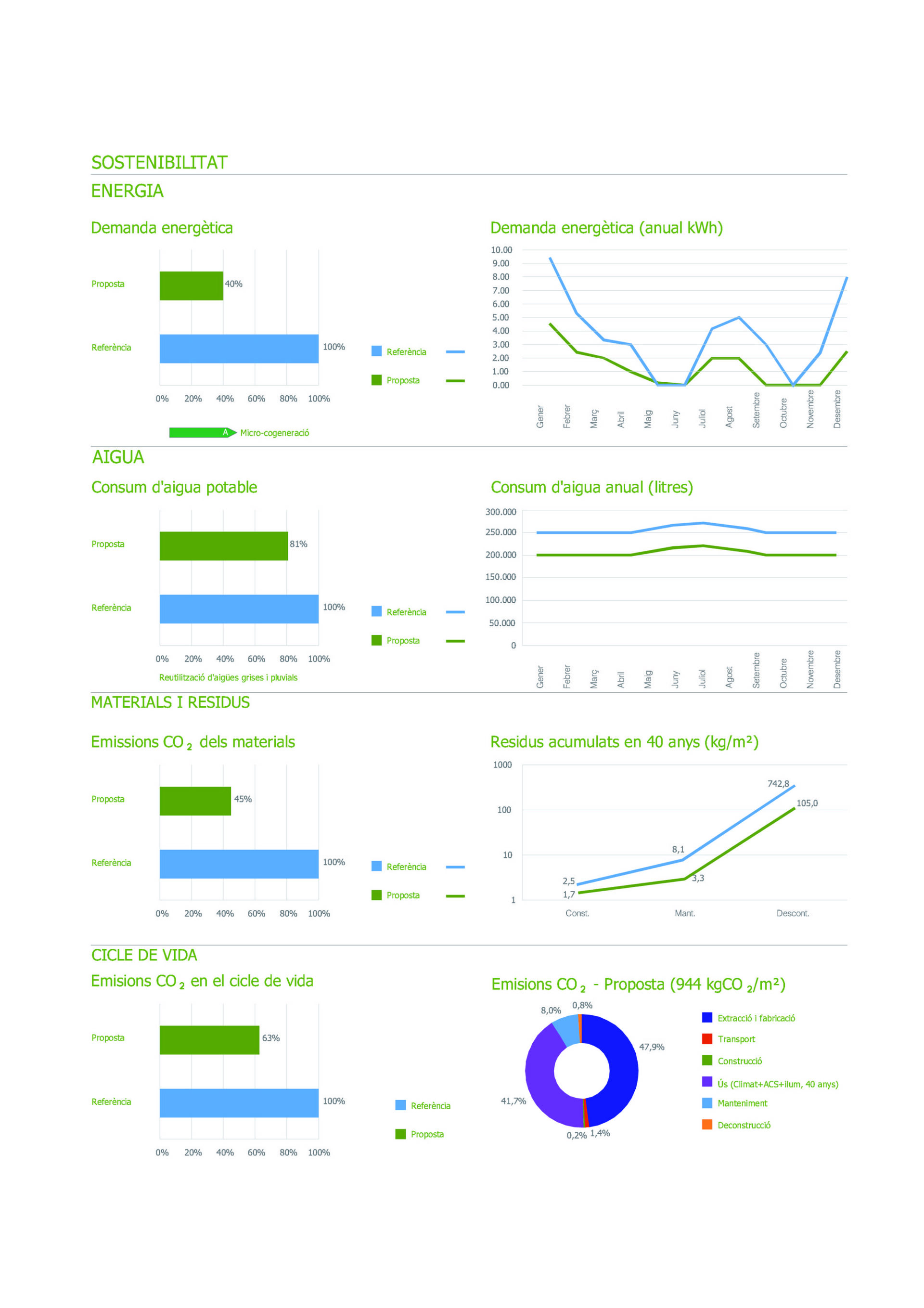 The new dwelling house for university students is located in the same block as the Vallès Architecture School. The project proposed intends to keep its balance among the existing buildings, outside areas and the new dwelling house, which is formed from two parallel to street blocks layed out over two floors and separated by a central atrium.

For it is a dwelling house for architecture students, we have come up with a program that permits intense connections among the users both individual and group level, owing to the interior flexibility of the apartments and the potential use of the atrium as an event space.

The project banks on industrialized construction by using just one housing module type made of pre-formed concrete without partition walls. Each unit has just the necessary fixed elements, simplifying finishing and installations. Most of the components are installed and assembled by dry-build systems so every module and its finishing can be dismantled and reused or highly recyclable. The building is layered out over two floors in order to take advantage of the existing topography making accessible entrances without the need of using elevators and to reduce a 50 percent of square meters in corridors and stairs. The central atrium is covered* in order to create an intermediate bioclimatic space that makes increase the energy efficiency of the building and, at the same time, economizes the building enclosure.