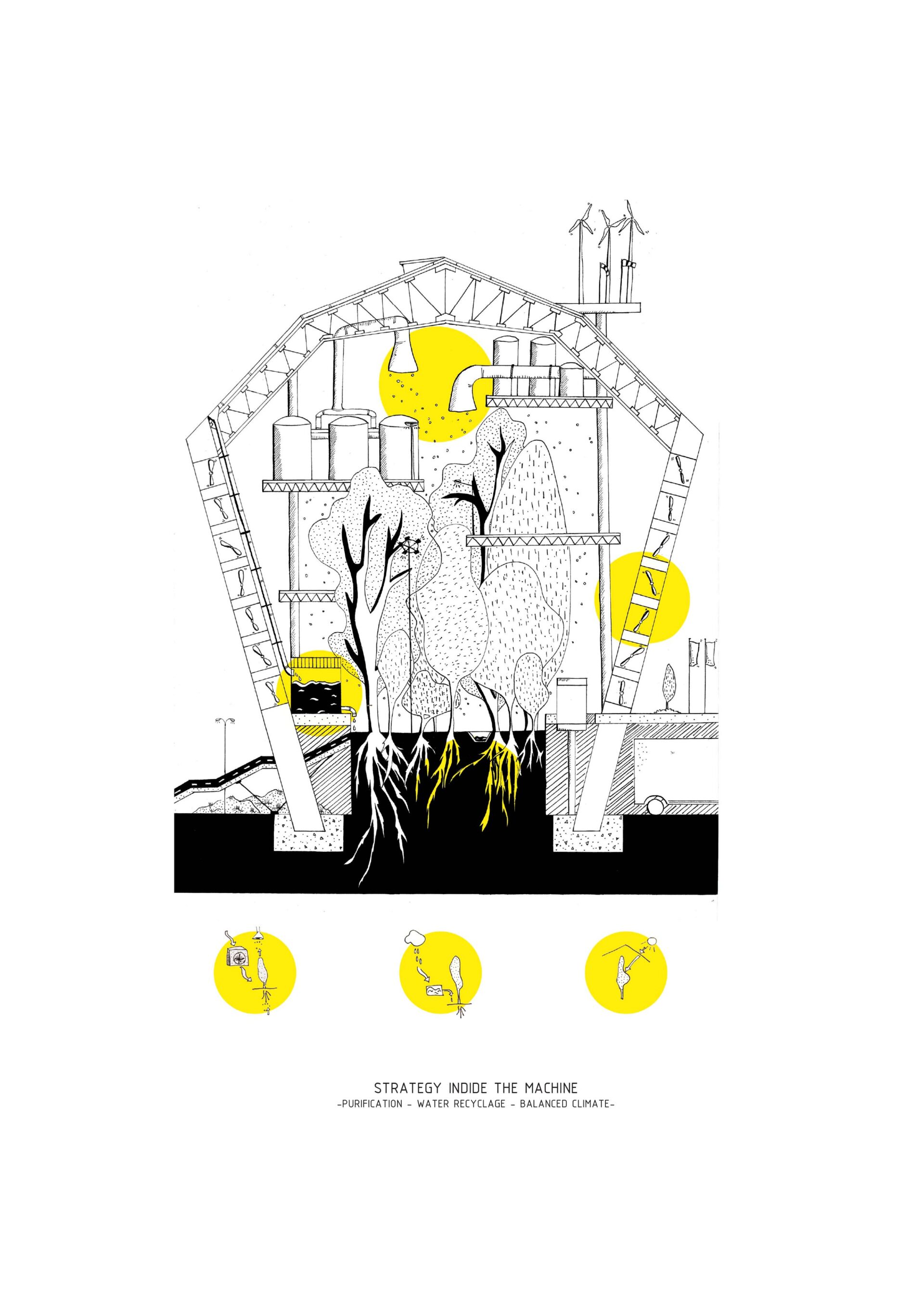 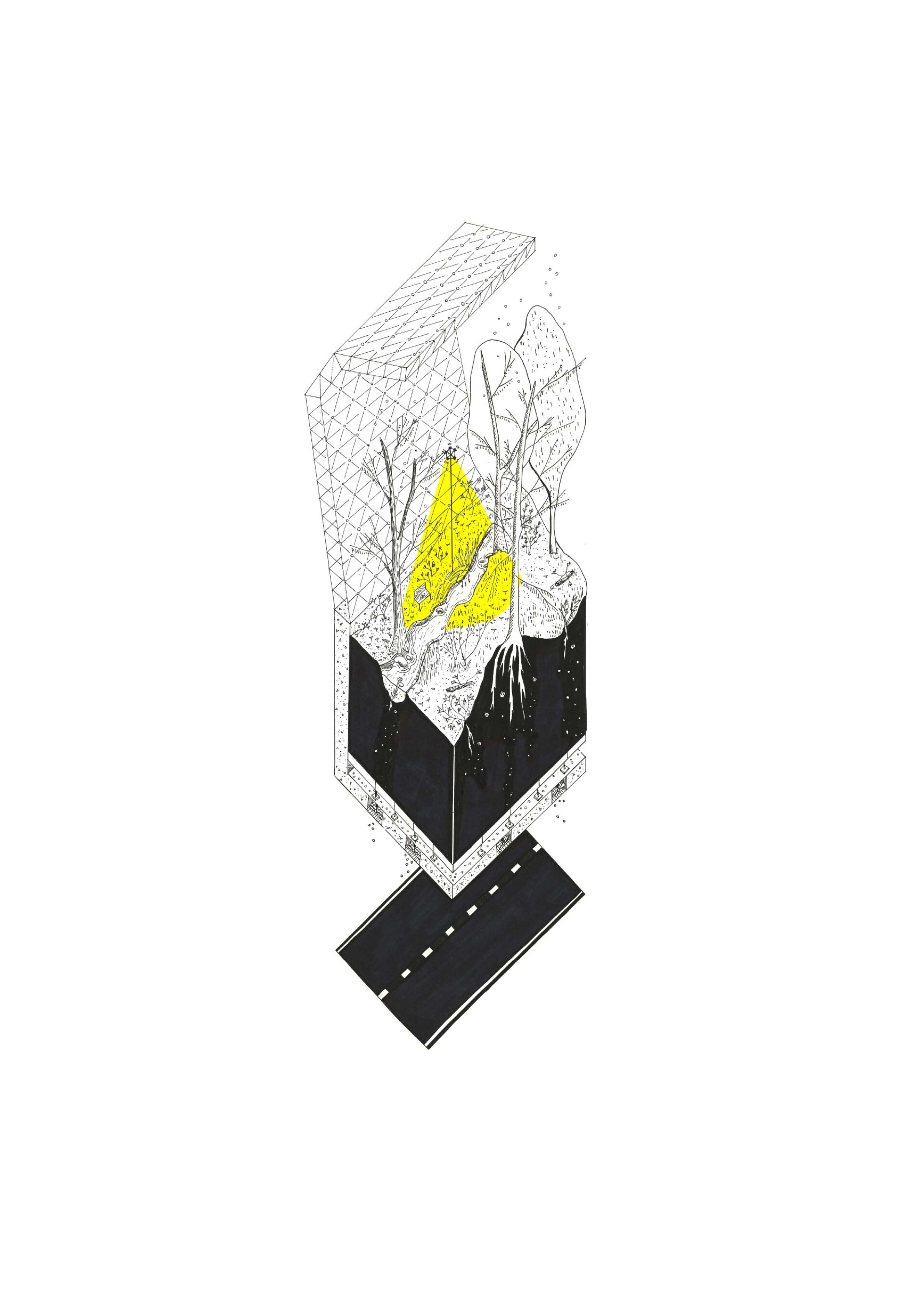 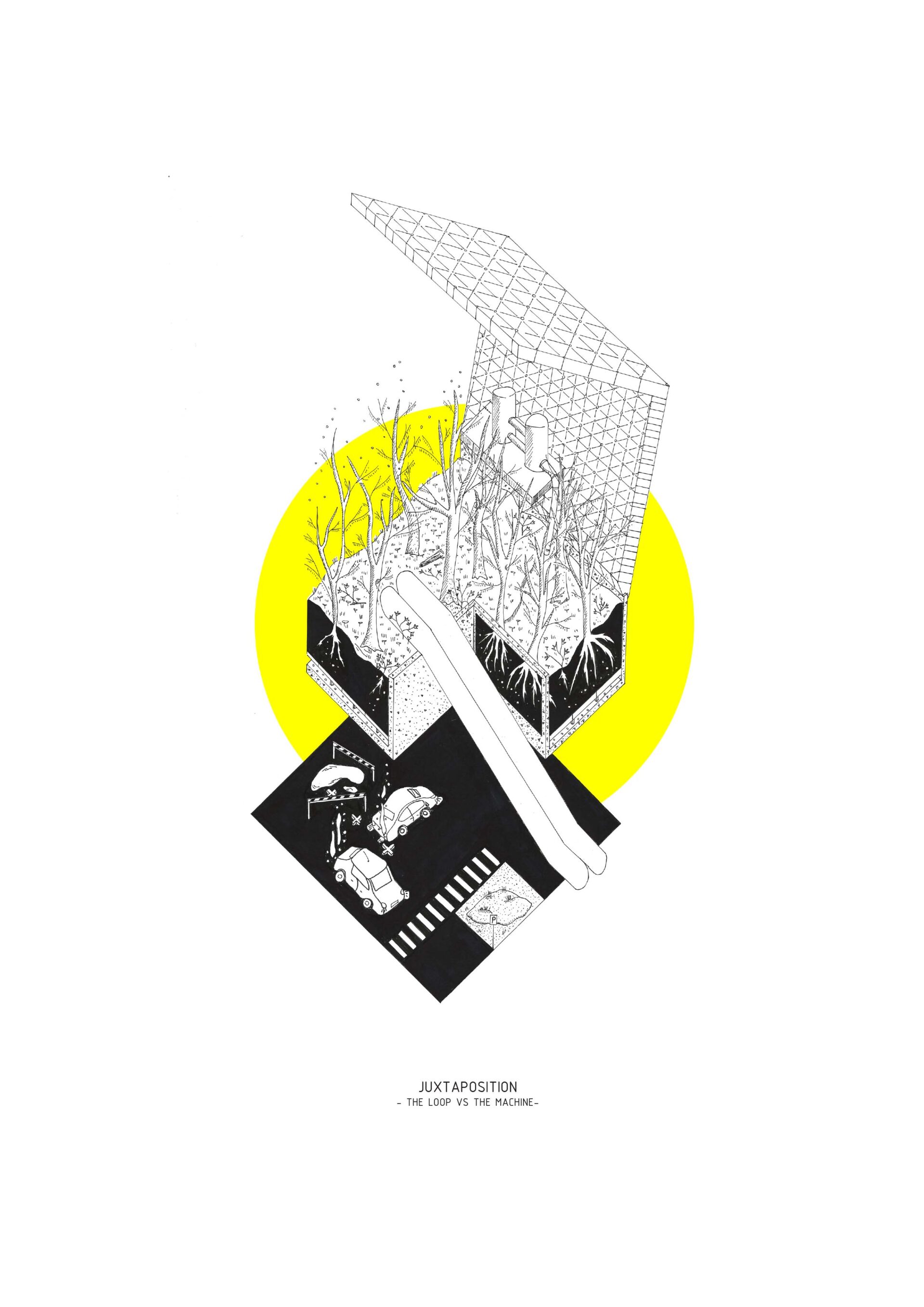 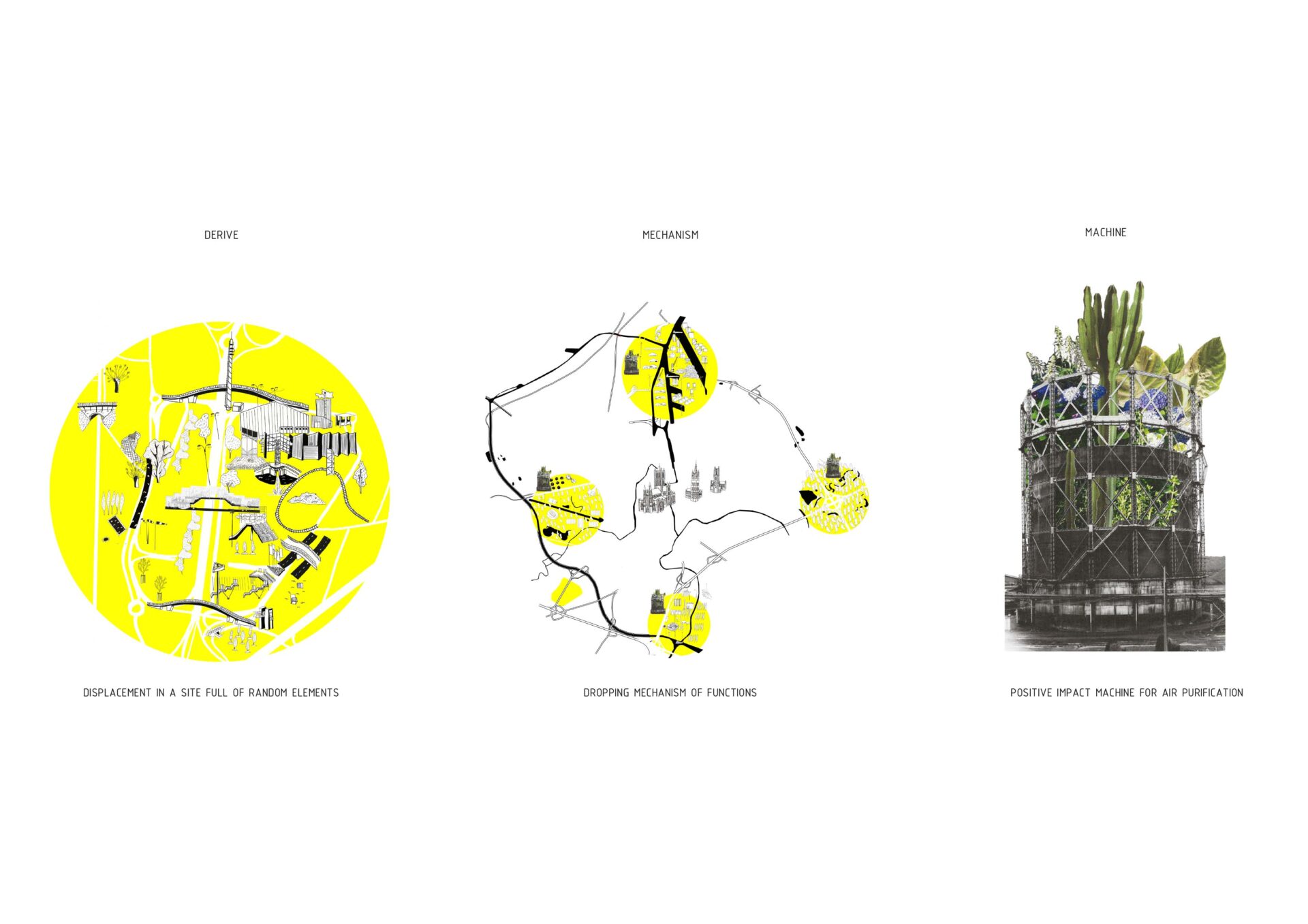 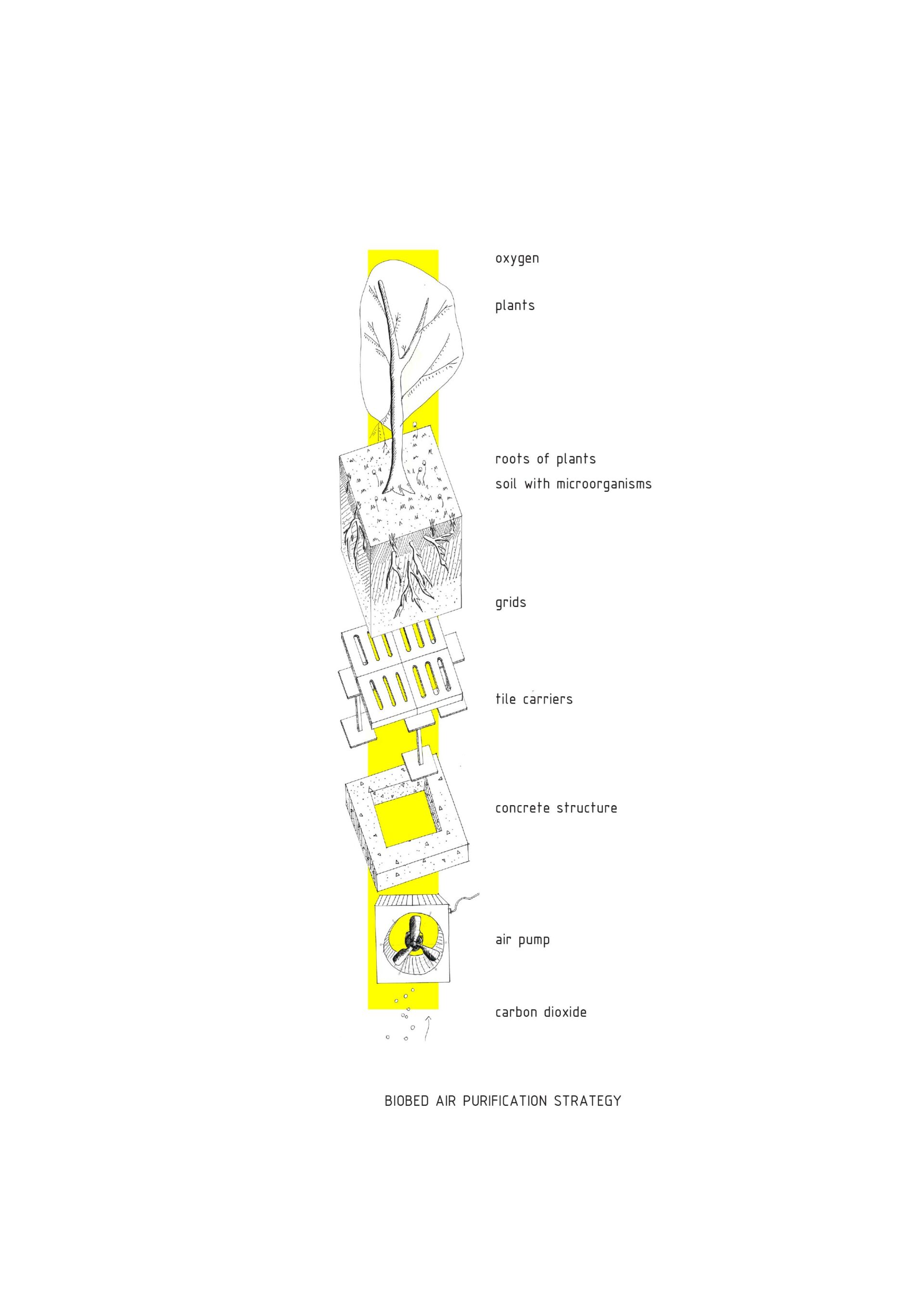 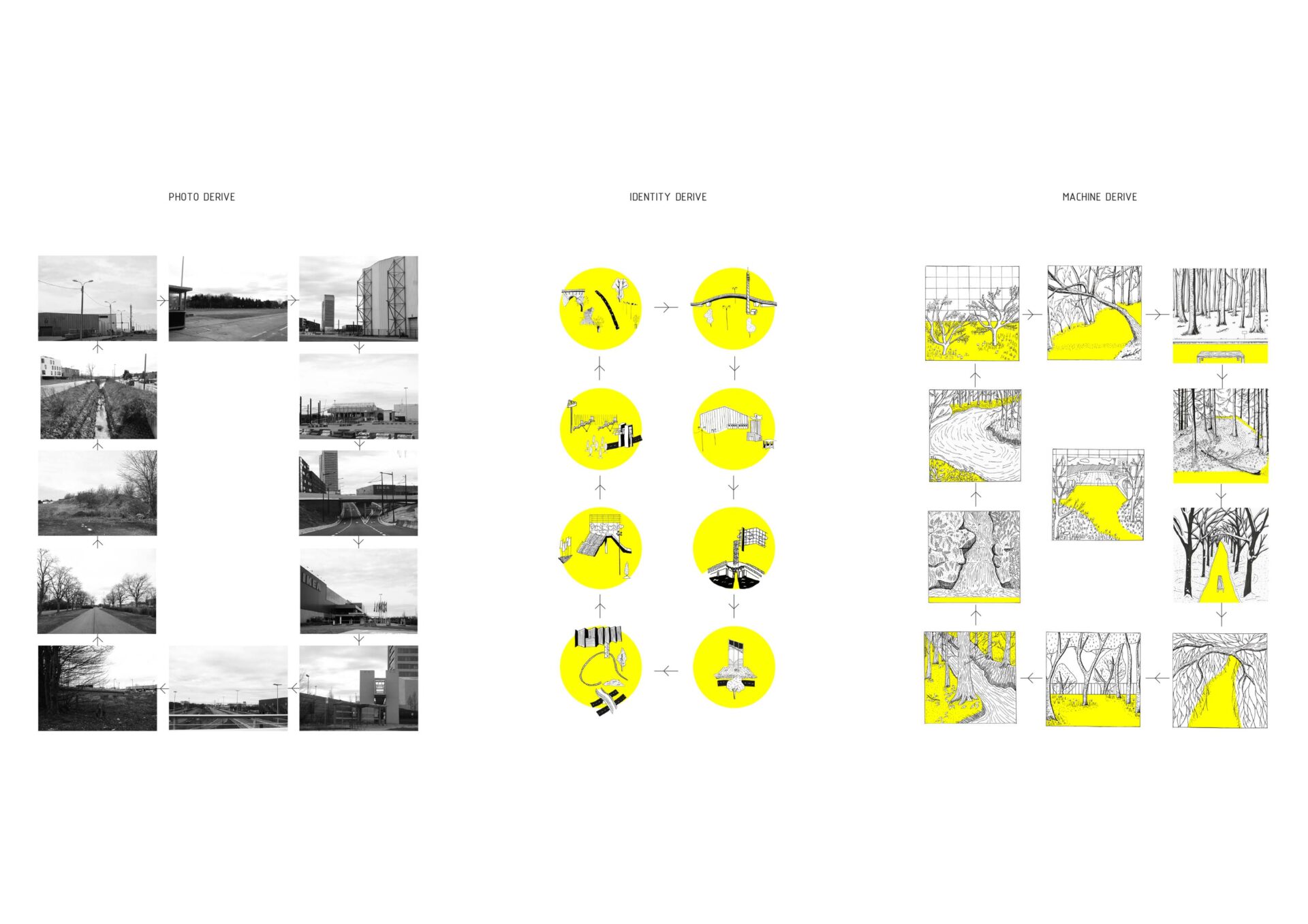 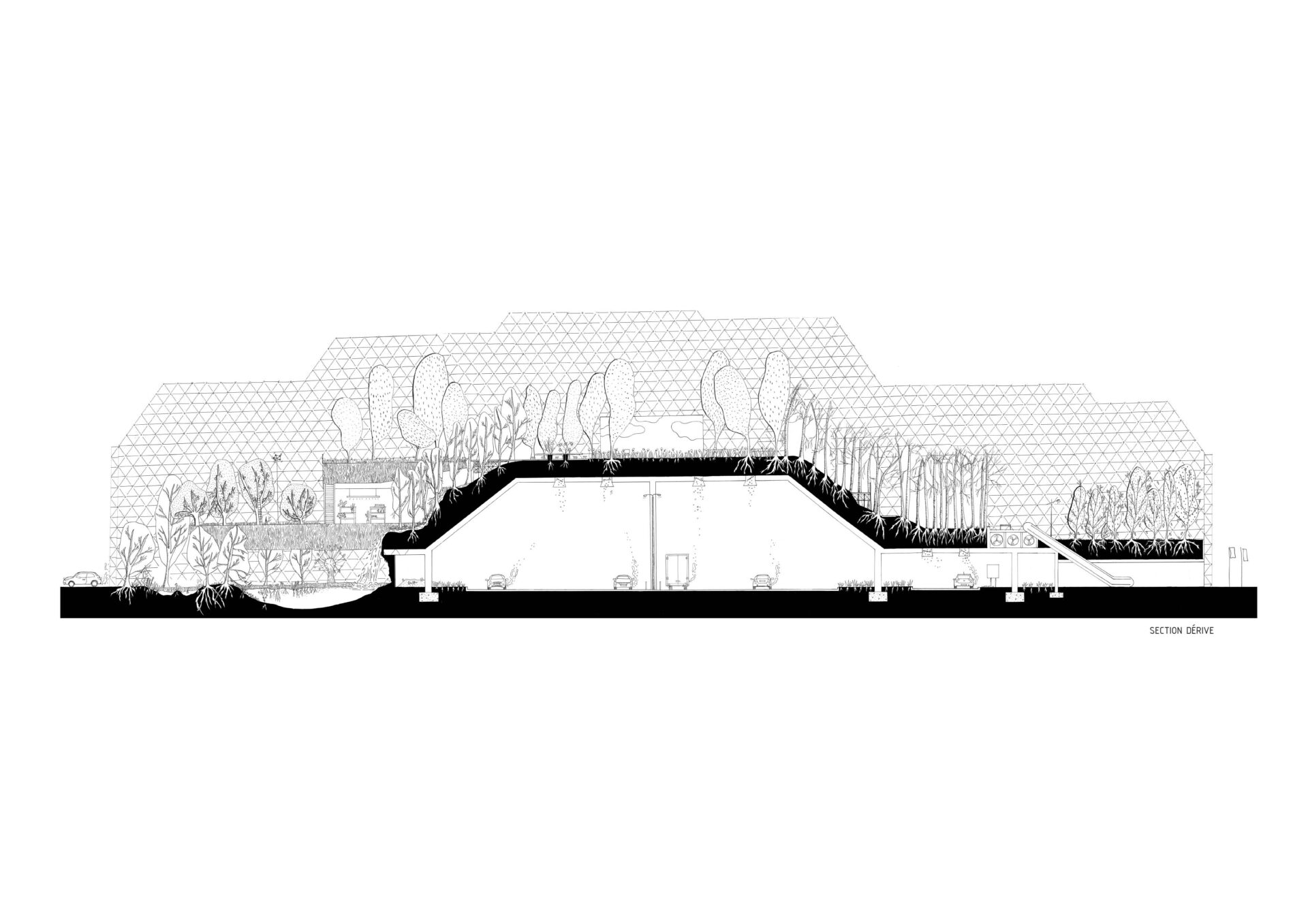 The positive impact machine project is a statement to Ghent for more action regarding mobility, accessibility, cherishing nature and use agglomeration sites humanly.

The machine that is developed to help Ghent to challenge the climate crisis and become a carbon-neutral city in 2050, is an air purification machine with an educative and social purpose. The Loop has been always important with a flow of different functions and is seen as a potential catalyst to achieve a better living environment by providing awareness, social and educative knowledge and clean air. The proposal has three main chapters: Derive, Mechanism and the final result – Machine.
A derive, a theory from Guy Debord, is mainly a wander through the site, the first impression including mapping of details and photo series that describe the place. Moreover, it is a search for the identity of the Loop.
A mechanism is a chapter where all the separate elements in the Loop are placed in random order. The same mechanism can be identified for many functions and can be found in all scales. The agglomeration of Ghent has several cases where large functions are dropped and used in a consumerist way. With this system in mind, the project Loop needs the same ingredients. The basics of a good theory, program and technics for the project are evaluated by using references.
The positive impact machine with all the layers helps to imagine the temporary project. The machine is dropped in the same way as functions and elements but with positive change and displacement. The air pollution problem has been faced and understood with the social and educative participation of citizens. This machine is a rediscovery of nature in a place dominated by concrete and parking lots.
FULL PROJECT INFO [PDF]