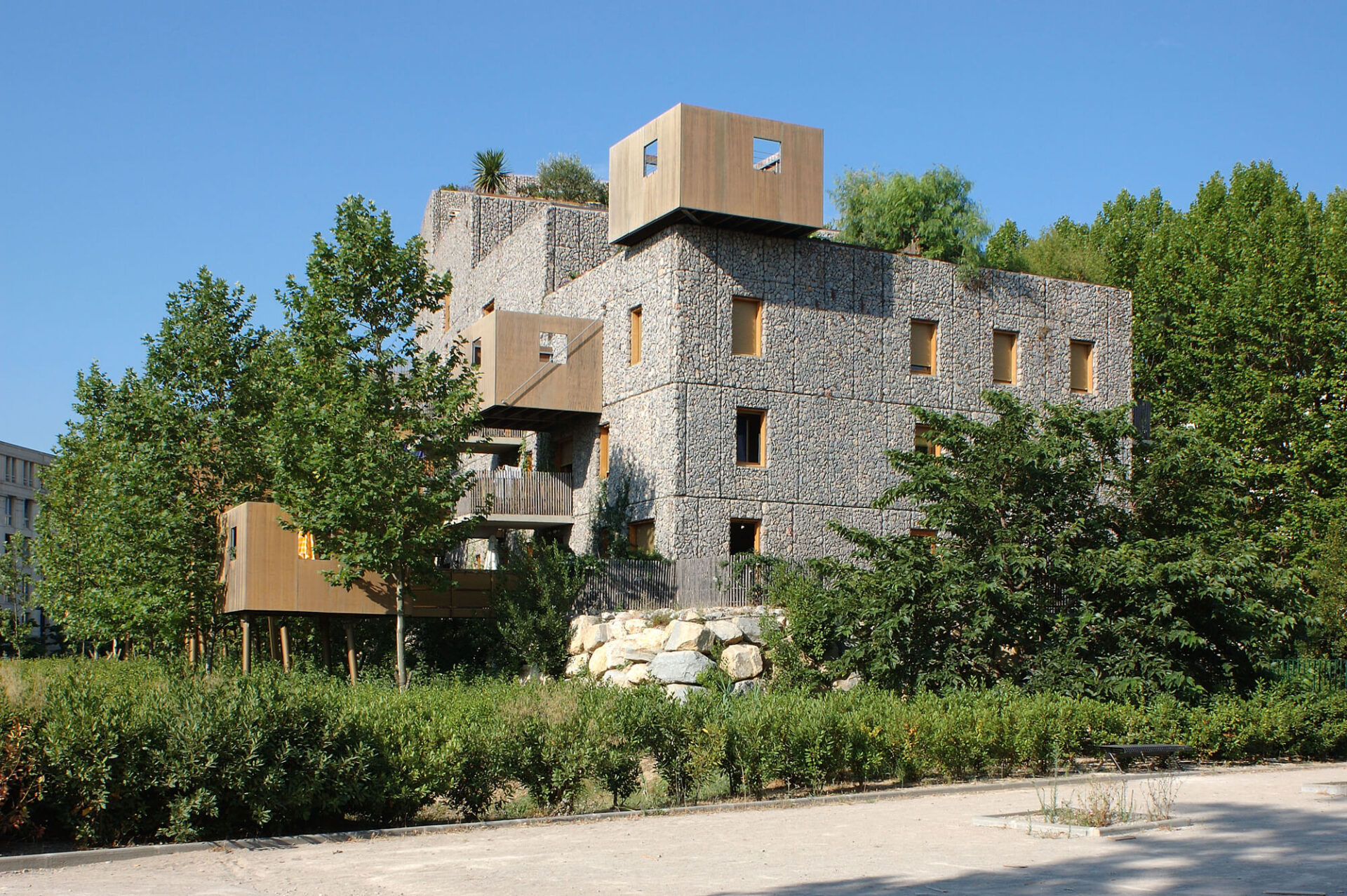 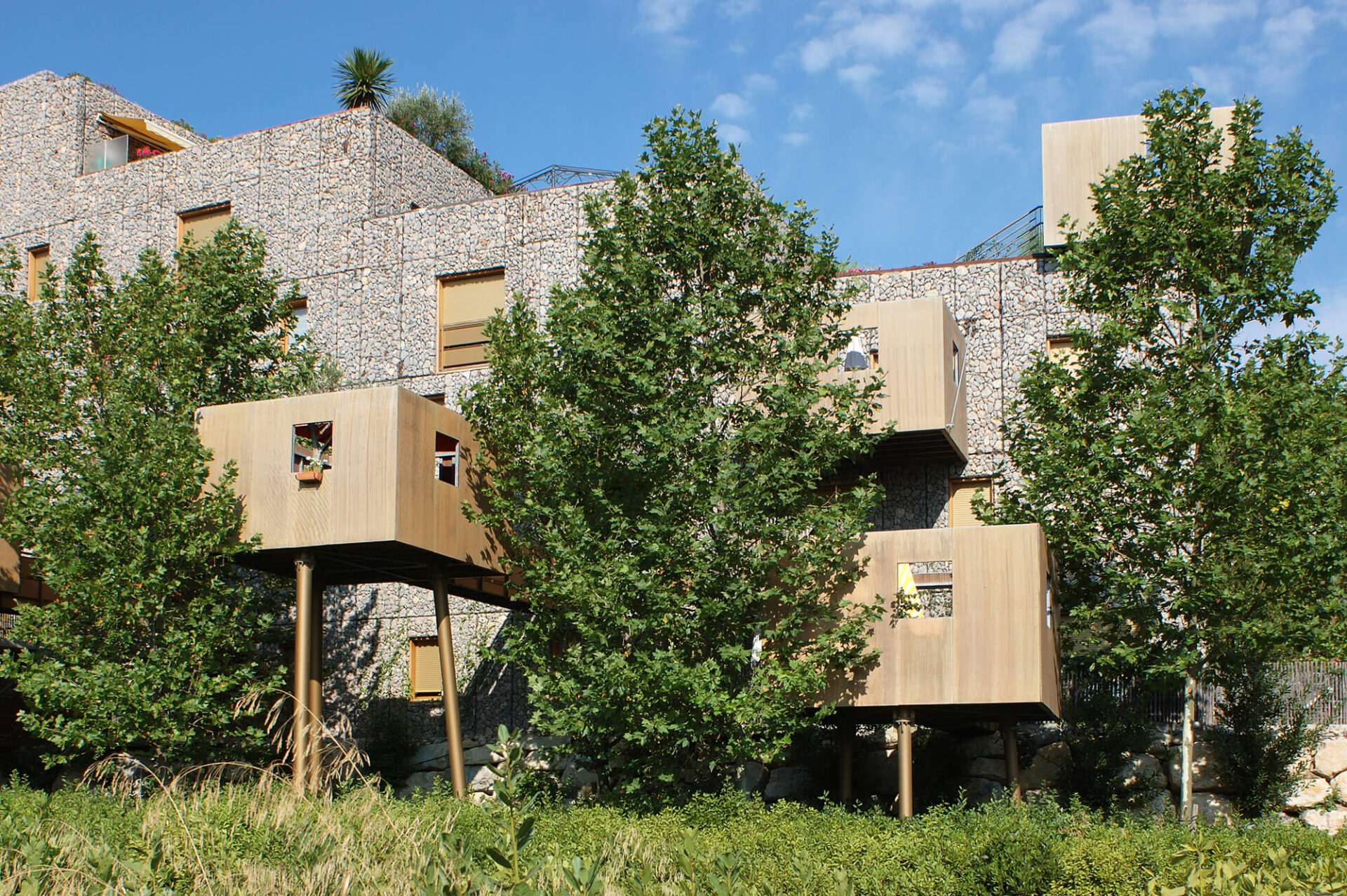 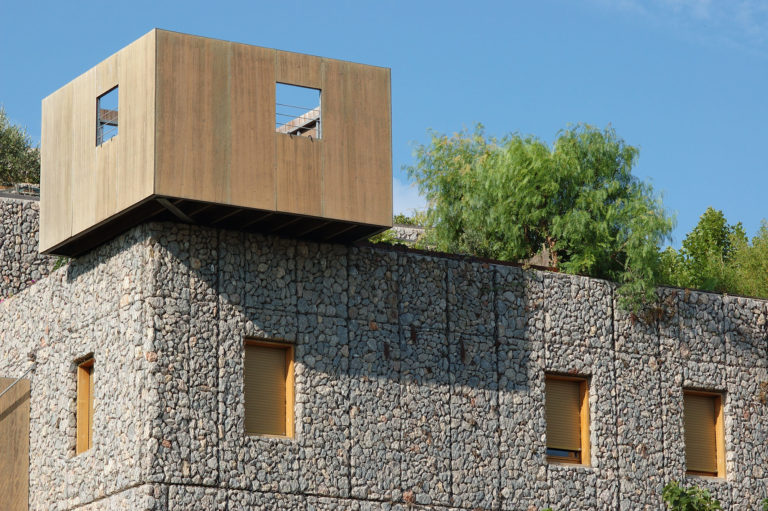 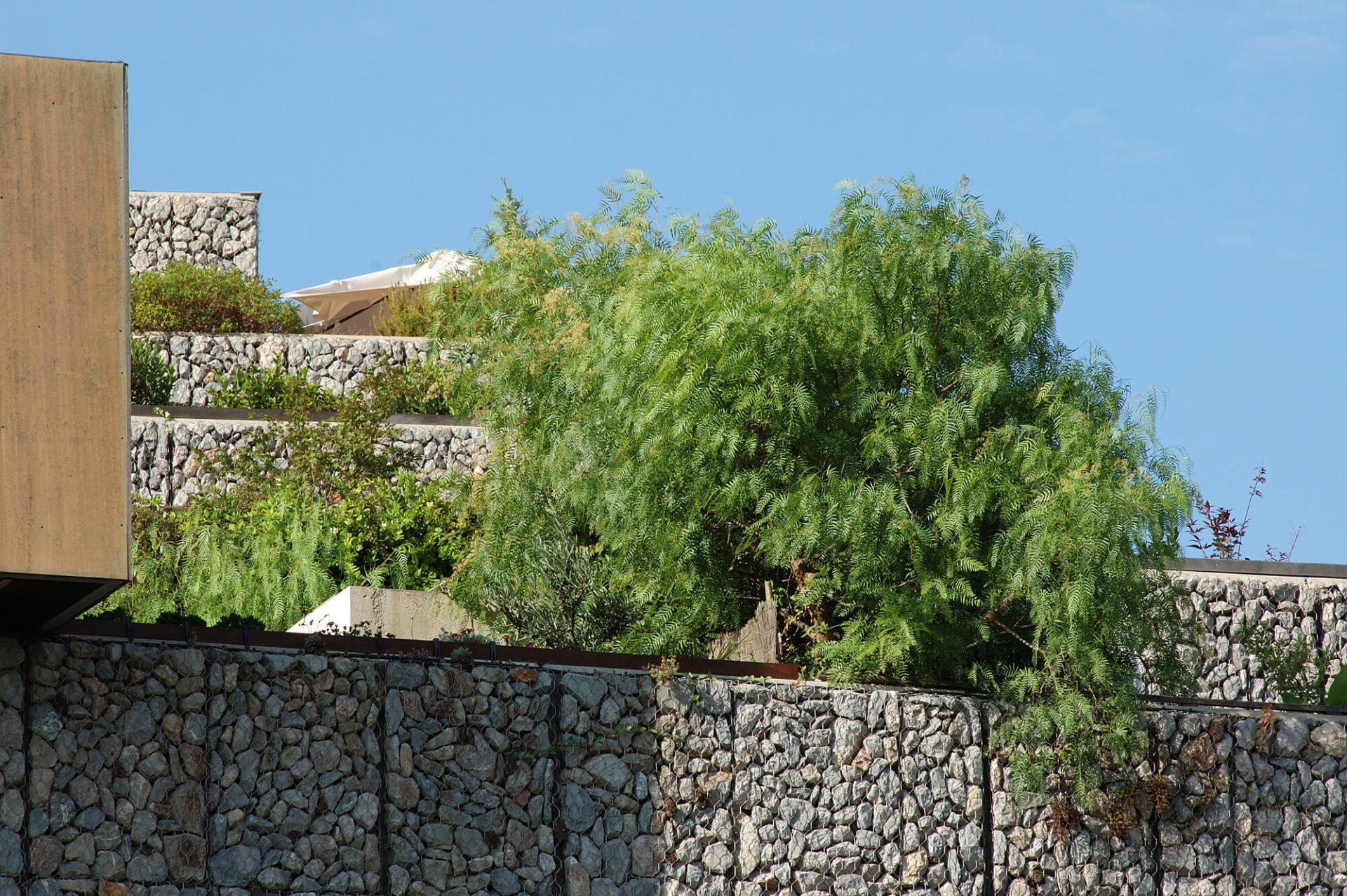 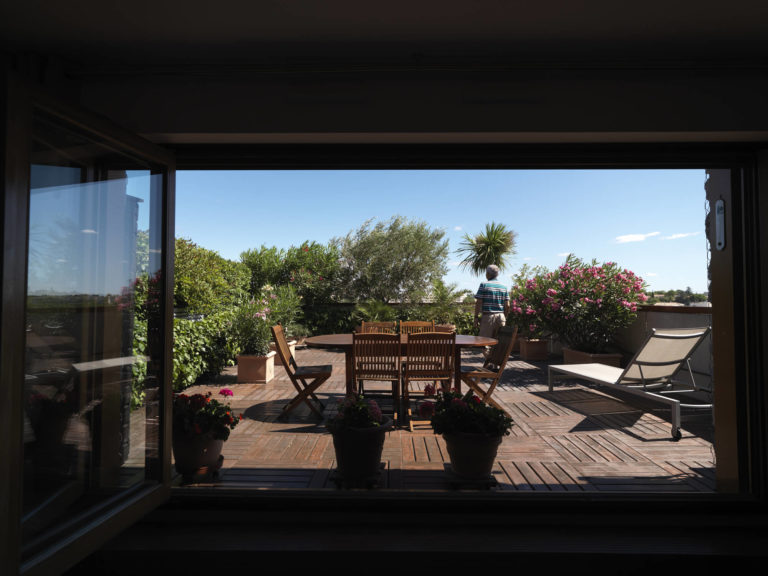 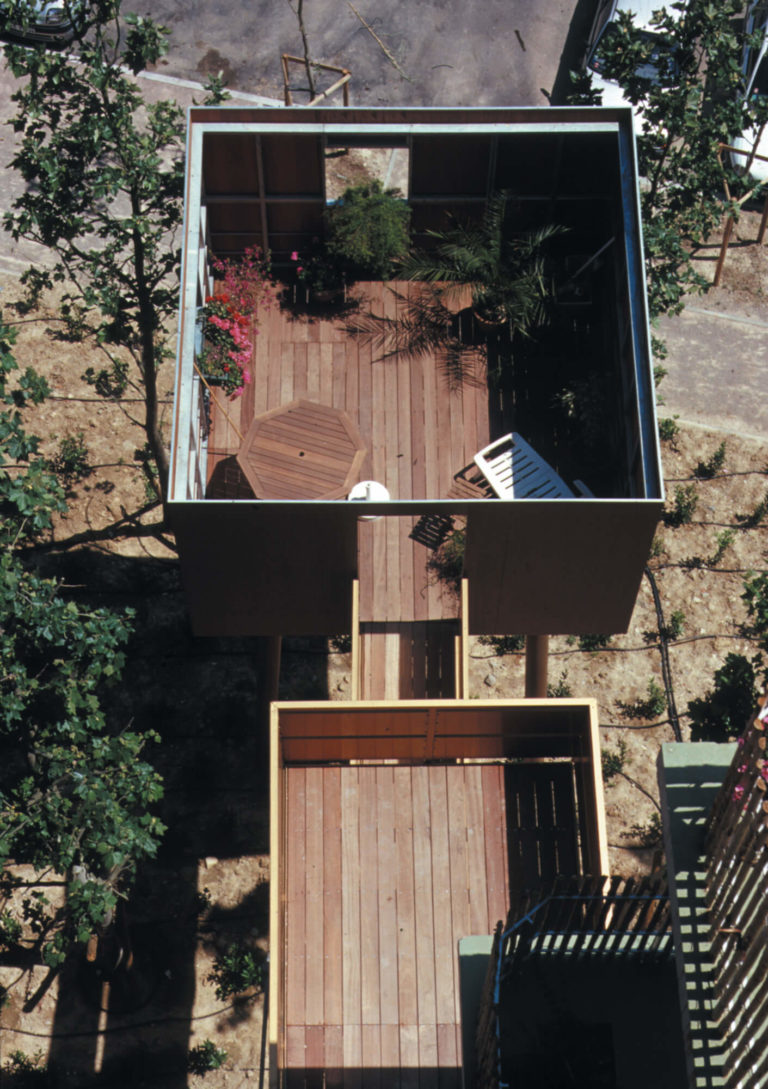 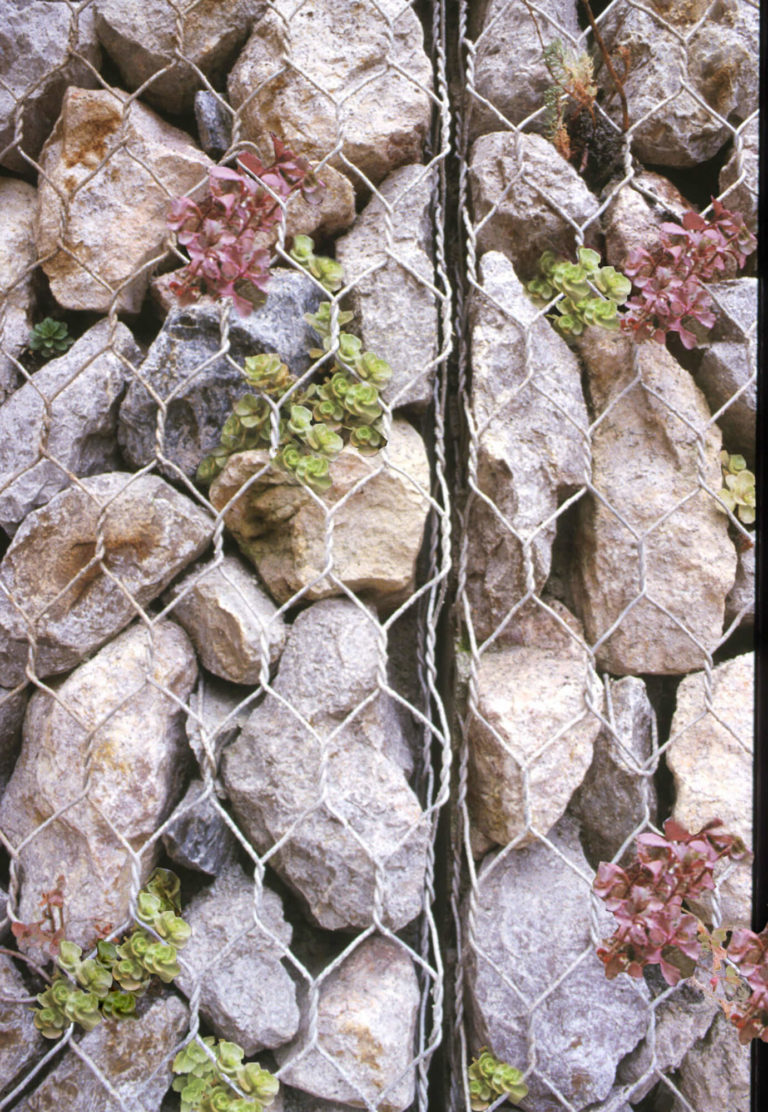 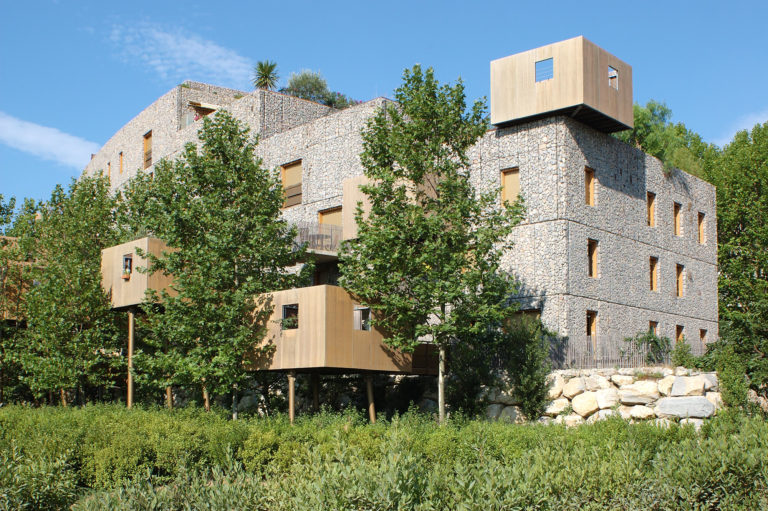 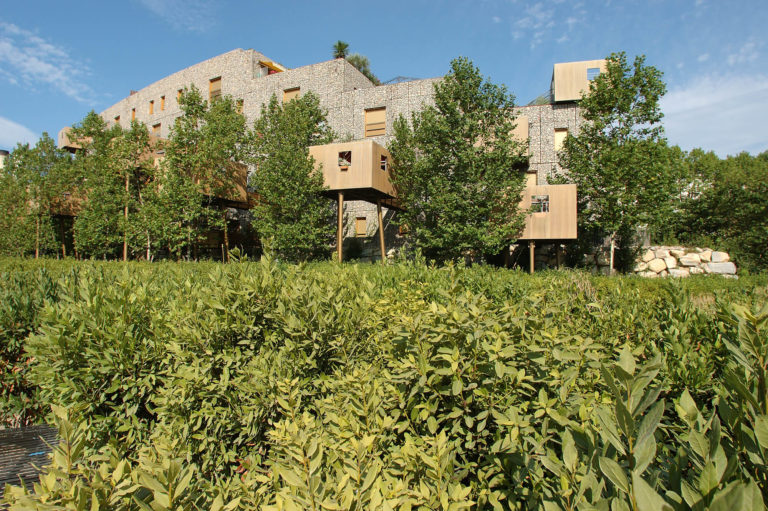 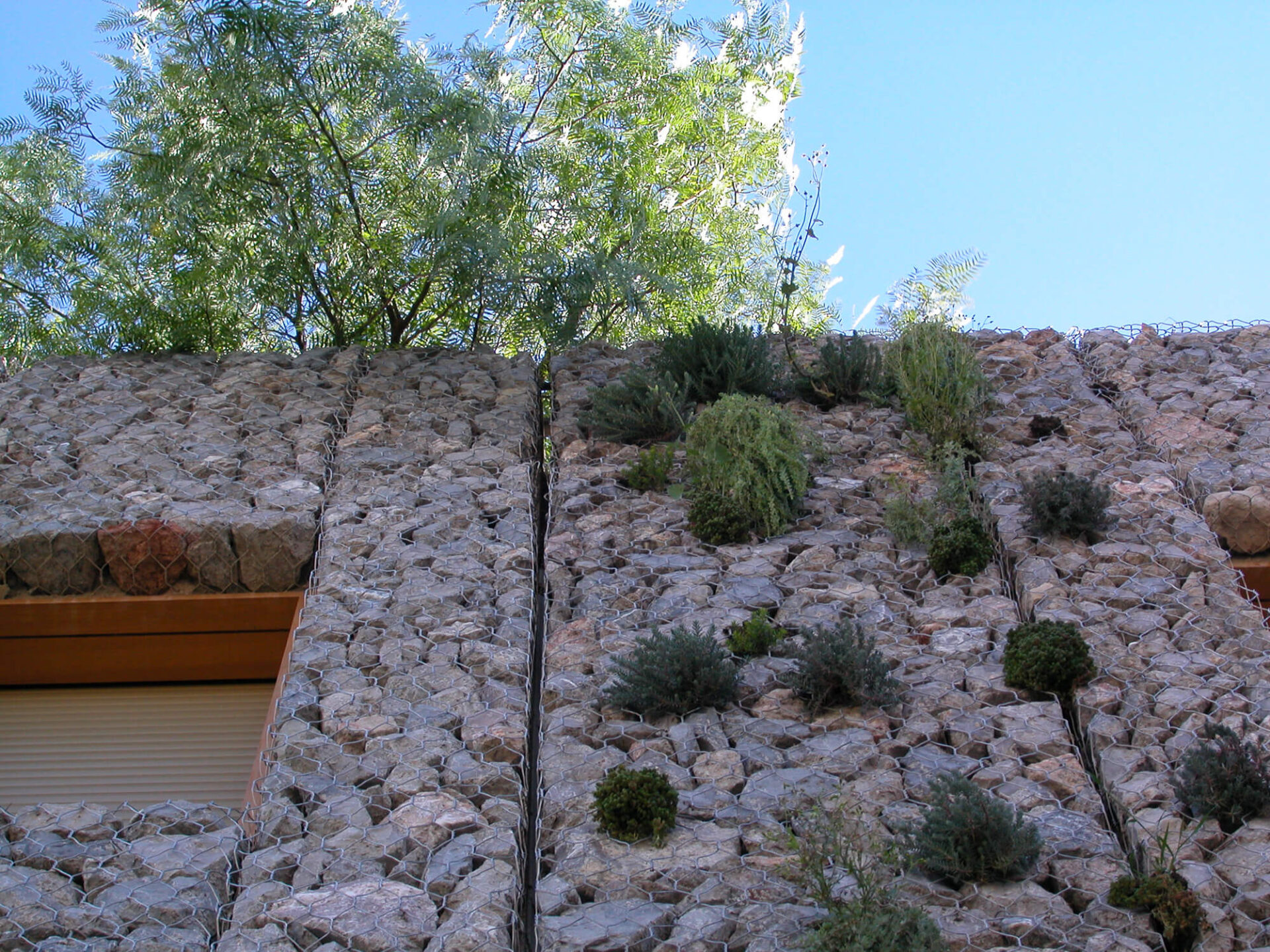 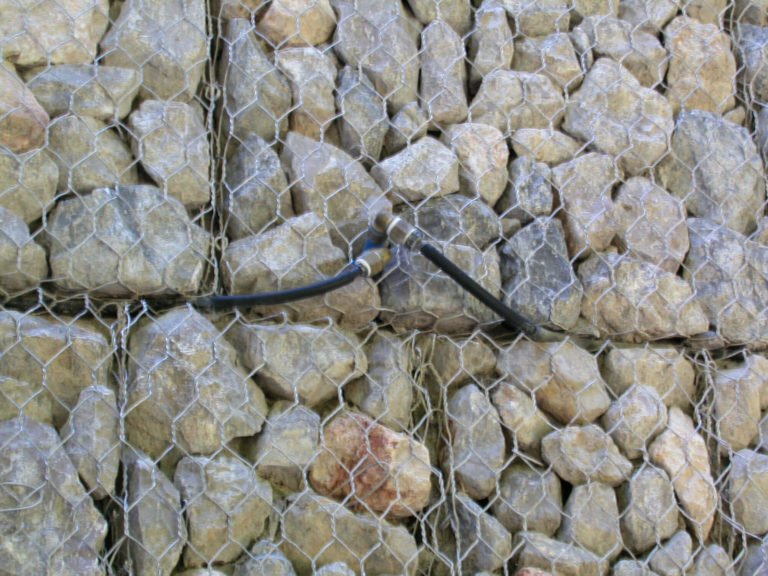 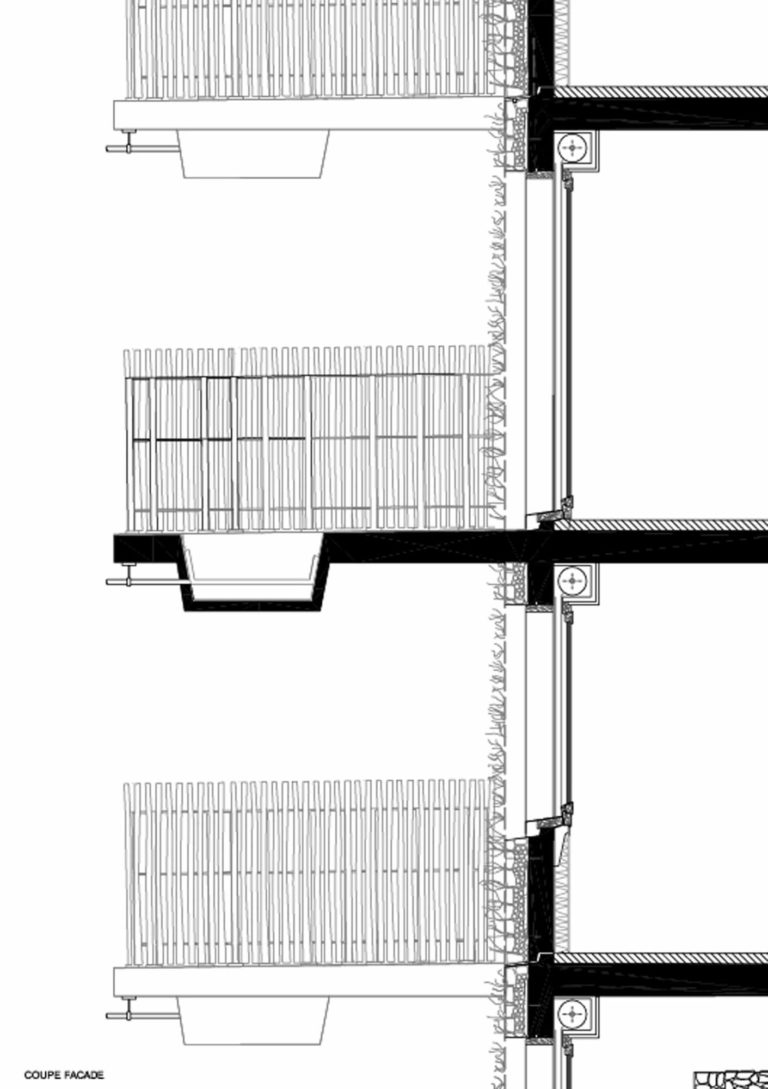 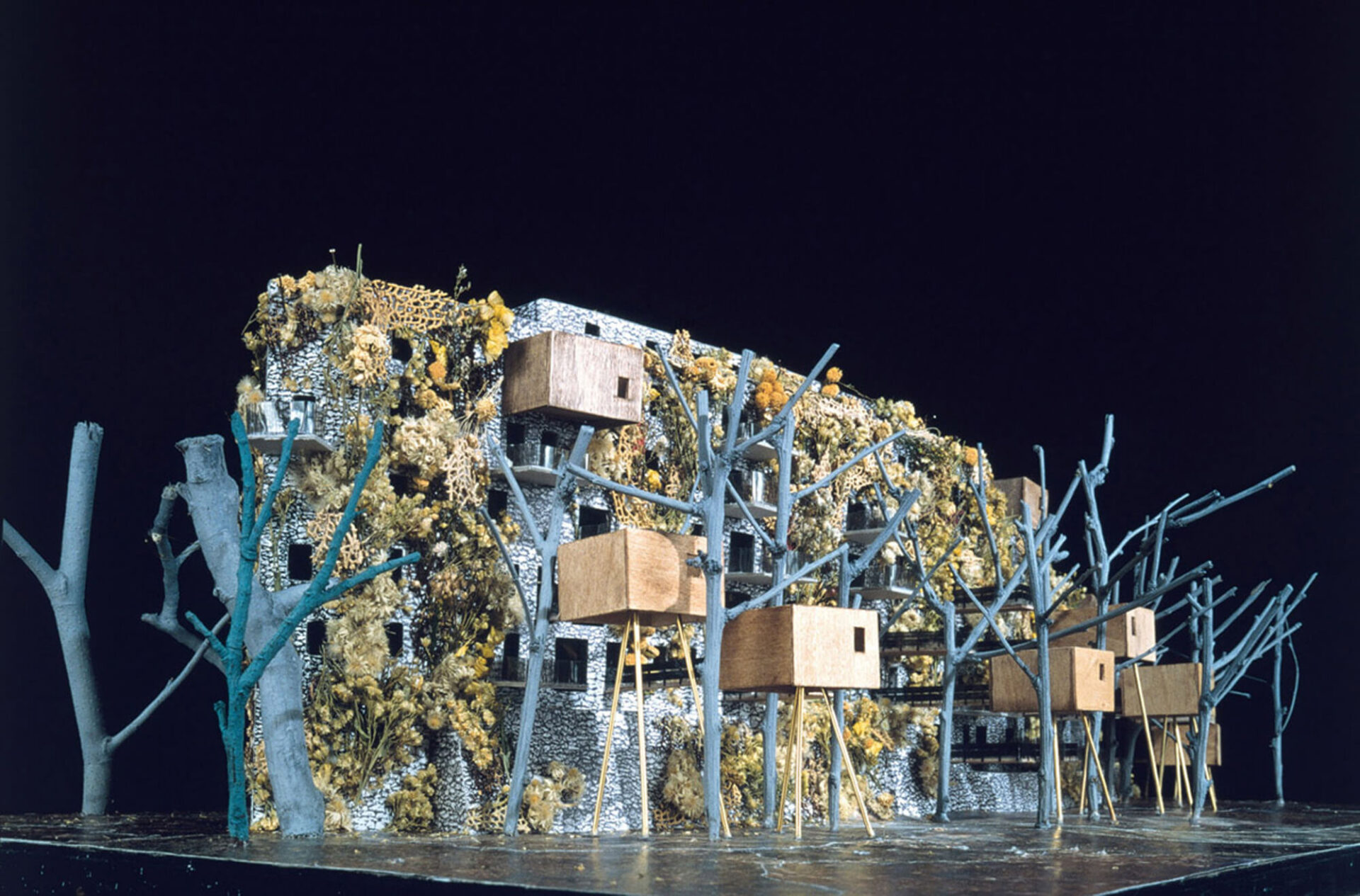 “The growing building” is located in the Mediterranean French city Montpellier. The apartment building, which resembles a collage of stone, wood and greenery, has a unique stone facade and tectonic shape.

Architects claimed that the building could be named as “the balcony in all its states”. The reason is the variety and dominance of balconies existing in the layout. There are garden-balconies where habitats can enjoy sunny lunches with friends, more intimate cabin-balconies resting among the trees or terrace balconies resembling an open-air individual house.

The growing building took its name from its distinctive facade. Architects invented a living and growing system that mainly consist of stones, wire mesh, concrete and planting soil. The inseminated bags of soil containing fertilizers are placed behind the stones. The whole facade is watered by an automatic irrigation system causing plants to grow. Within time the skin of the building became a biotope. Water settles in the gaps, algae form and then die, mosses develop and grasses colonize this fine soil.