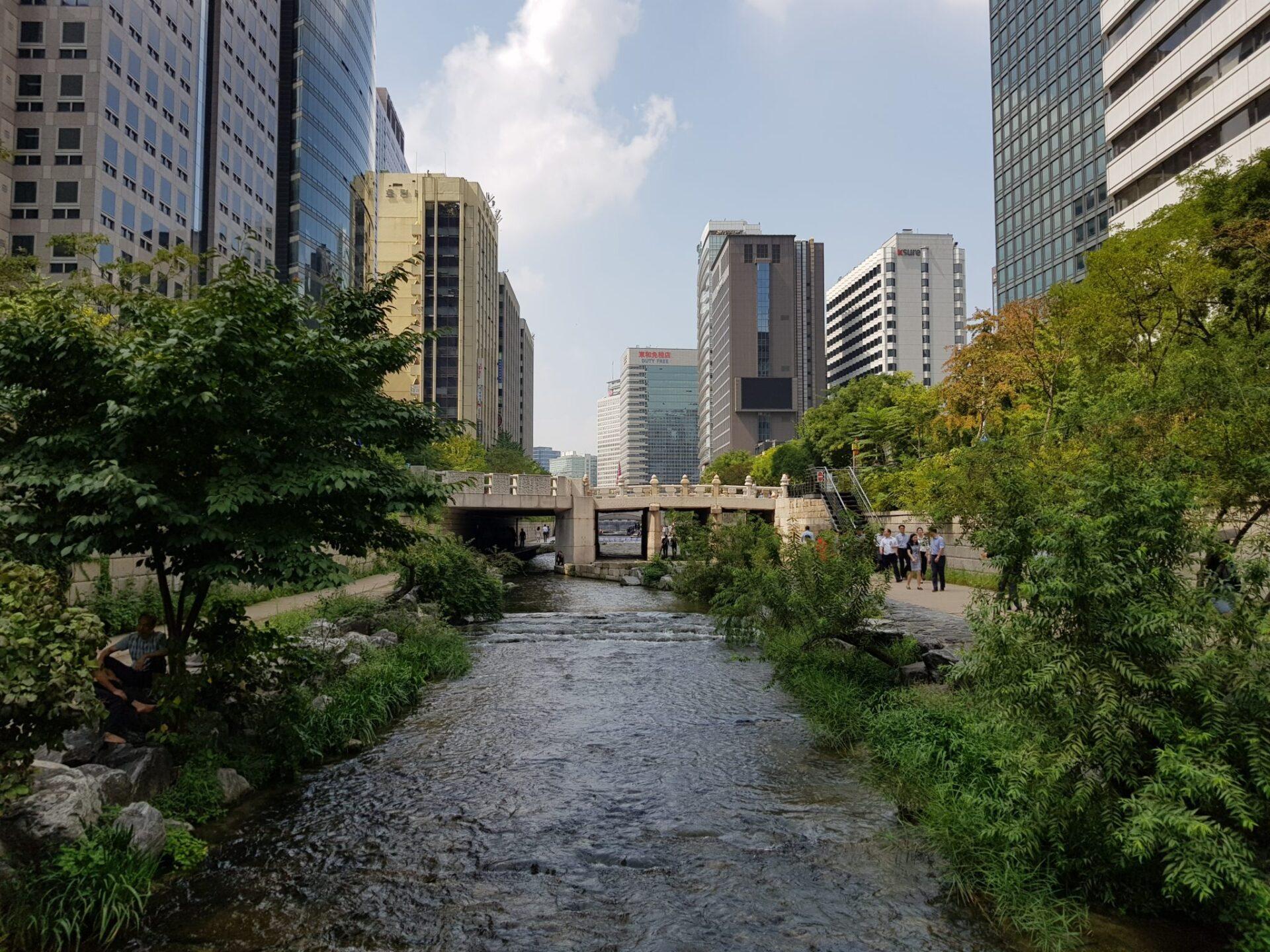 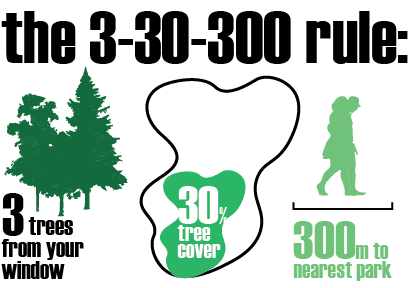 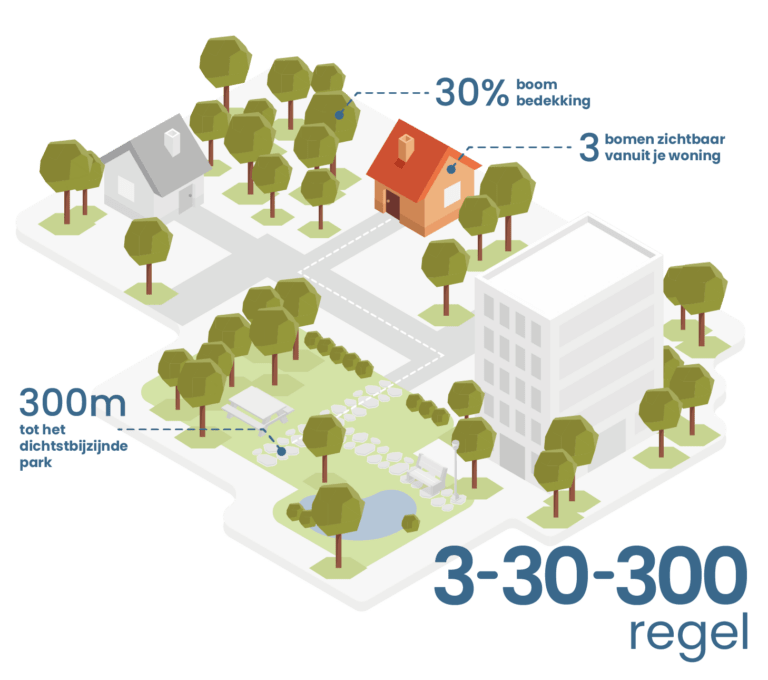 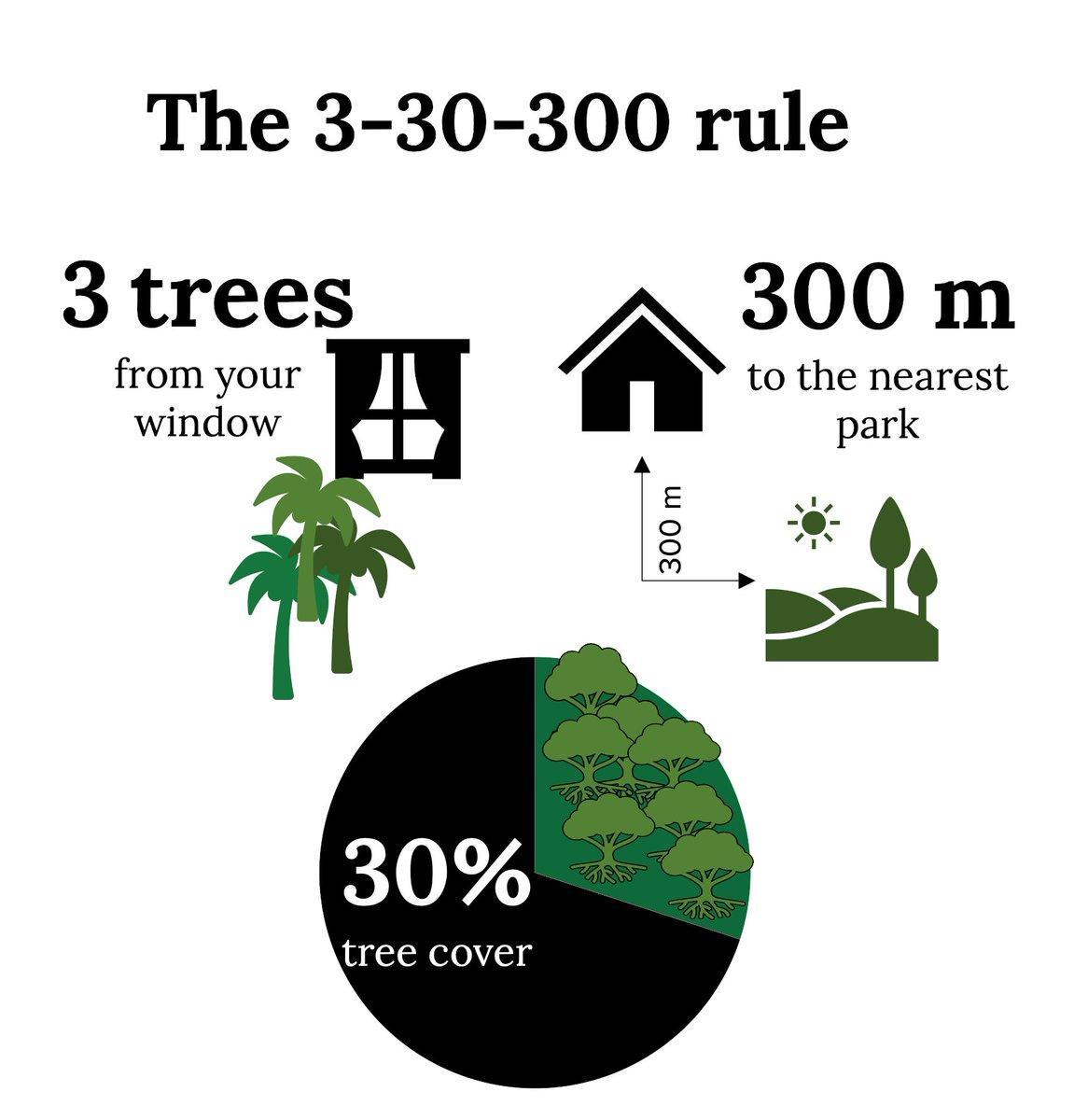 The importance of a green urban environment and the number of trees in the cities has escalated due to current global challenges such as climate change, environmental degradation and the COVID-19 pandemic. Recently introduced the 3-30-300 rule accepts the present situation and aims to integrate green infrastructure into urban life. Three main elements shape the rule: 3 trees from every home, 30 per cent tree canopy cover in every neighbourhood and 300 metres from the nearest park or green space.

The first element introduces the importance of visible greenery positively affecting on mental health and well-being of people. It states that every citizen living in an urban environment should be able to see at least three trees from their home. It has been seen that especially during the COVID-19 pandemic when it was impossible to travel or even walk far away from a home, the importance of nearby greenery increased. So, the visible greenery becomes a connection between citizens and nature.

The second element is concerned with the urban forest canopy. The green canopy is always associated with cooling, microclimates, mental and physical health, air pollution and noise. By creating a 30 per cent green canopy in every neighbourhood it aimed to benefit the stated elements. Moreover, rich greenery inspires citizens to spend more time outdoors and socialise with their neighbourhoods. In some ambitious cities such as Barcelona, Bristol, Seattle and Vancouver it has been already targeted to achieve a minimum 30 per cent canopy cover.

The last element highlights the importance of high-quality greenery accessible within a walking distance. The maximum distance of 300 metres to the nearest 1 hectare-sized green space is recommended by The European Regional Office of the World Health Organization. That rule encourages locals to use green spaces and positively affects their mental and physical health. The distance of 300 metres and 1-hectare size greenery represent average numbers, as these numbers could change in regards to different densities in urban and suburban areas. Moreover, the definition of green space is also open as it could form a park but also as a linear green avenue.

The 3-30-300 rule serves as a guide for today’s cities around the world. The rule can be easily adopted by different stakeholders such as residents, politicians and businesses. The application of the rule aimed to result in greener, healthier and biophilic cities.