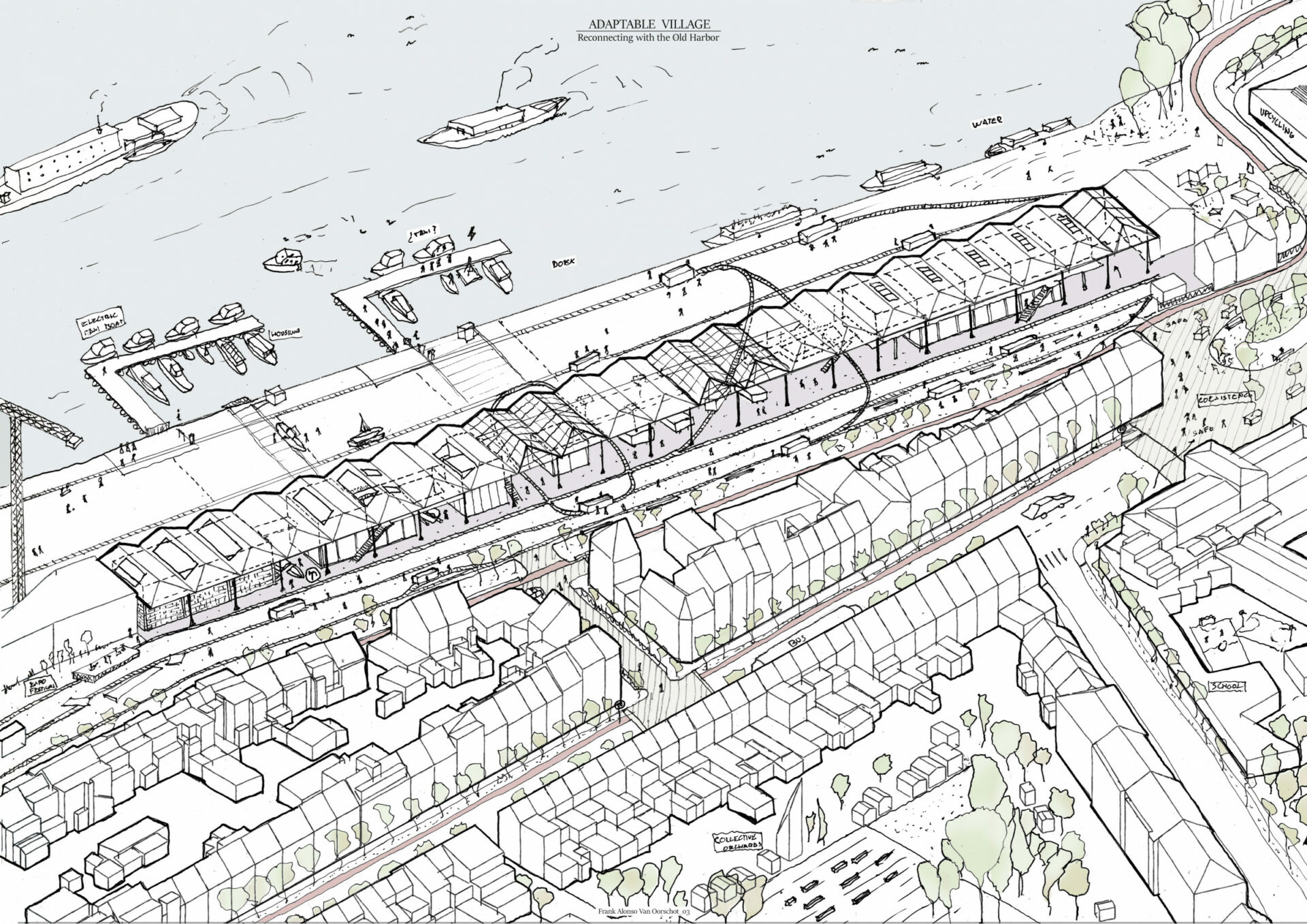 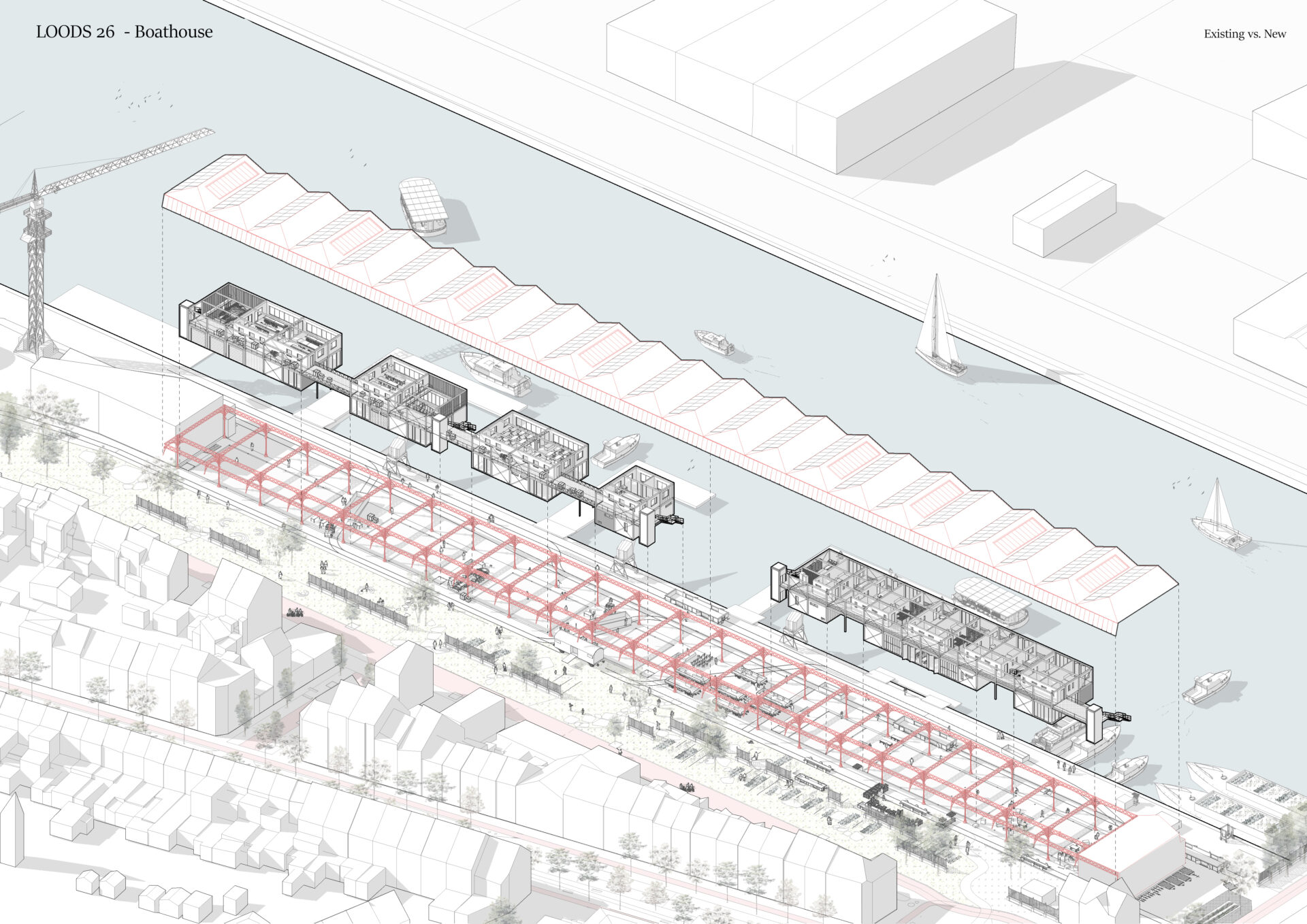 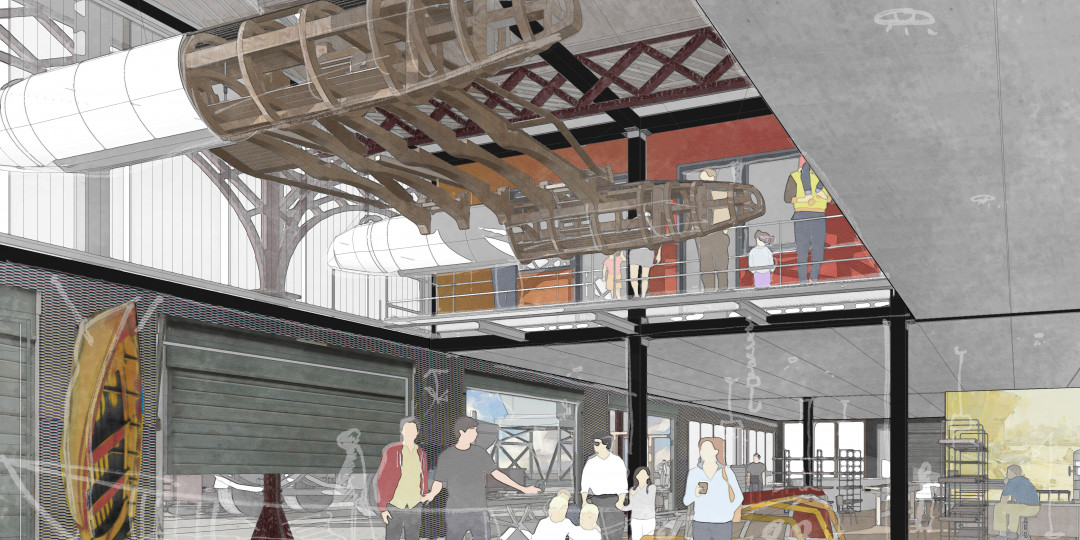 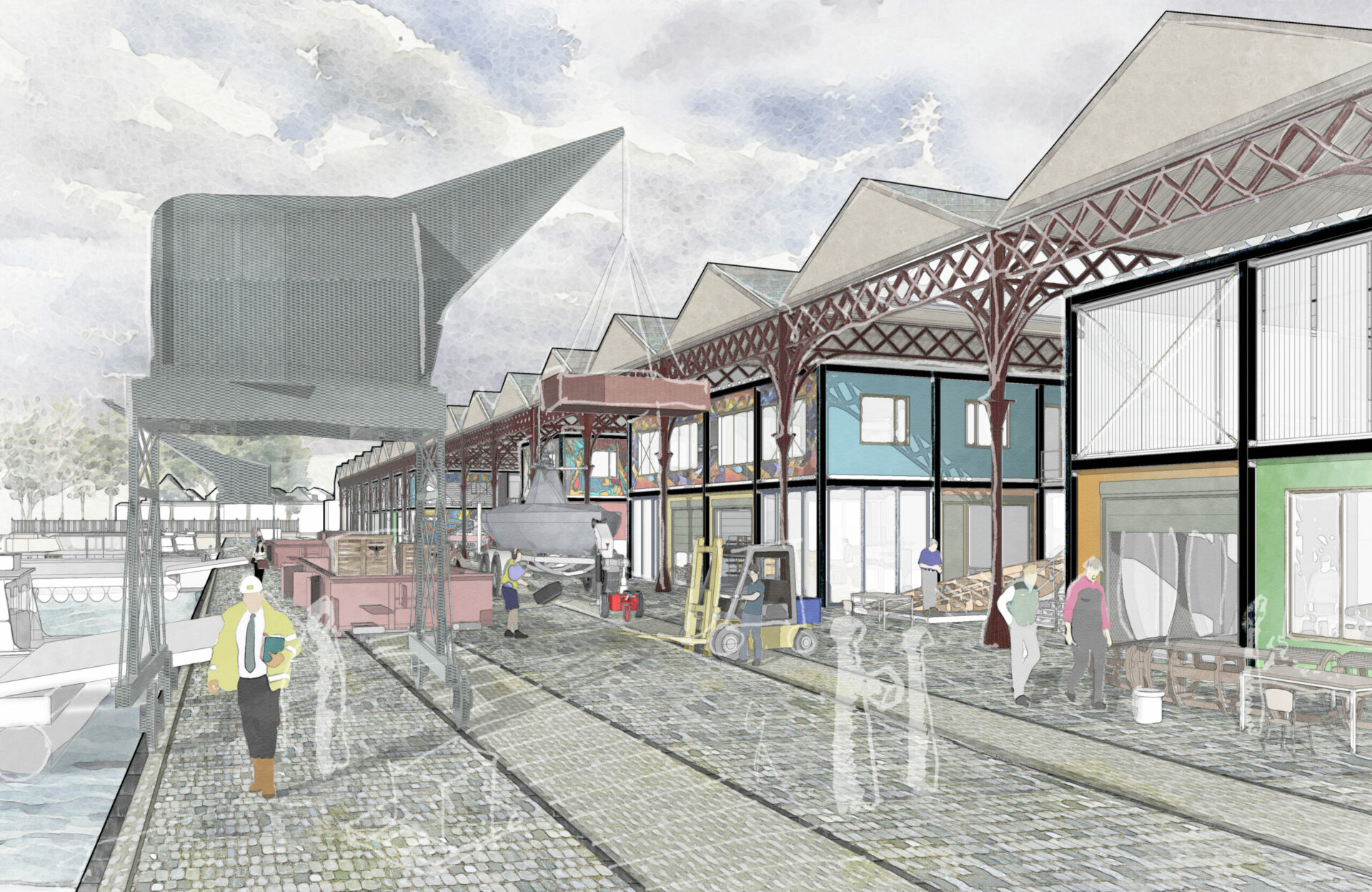 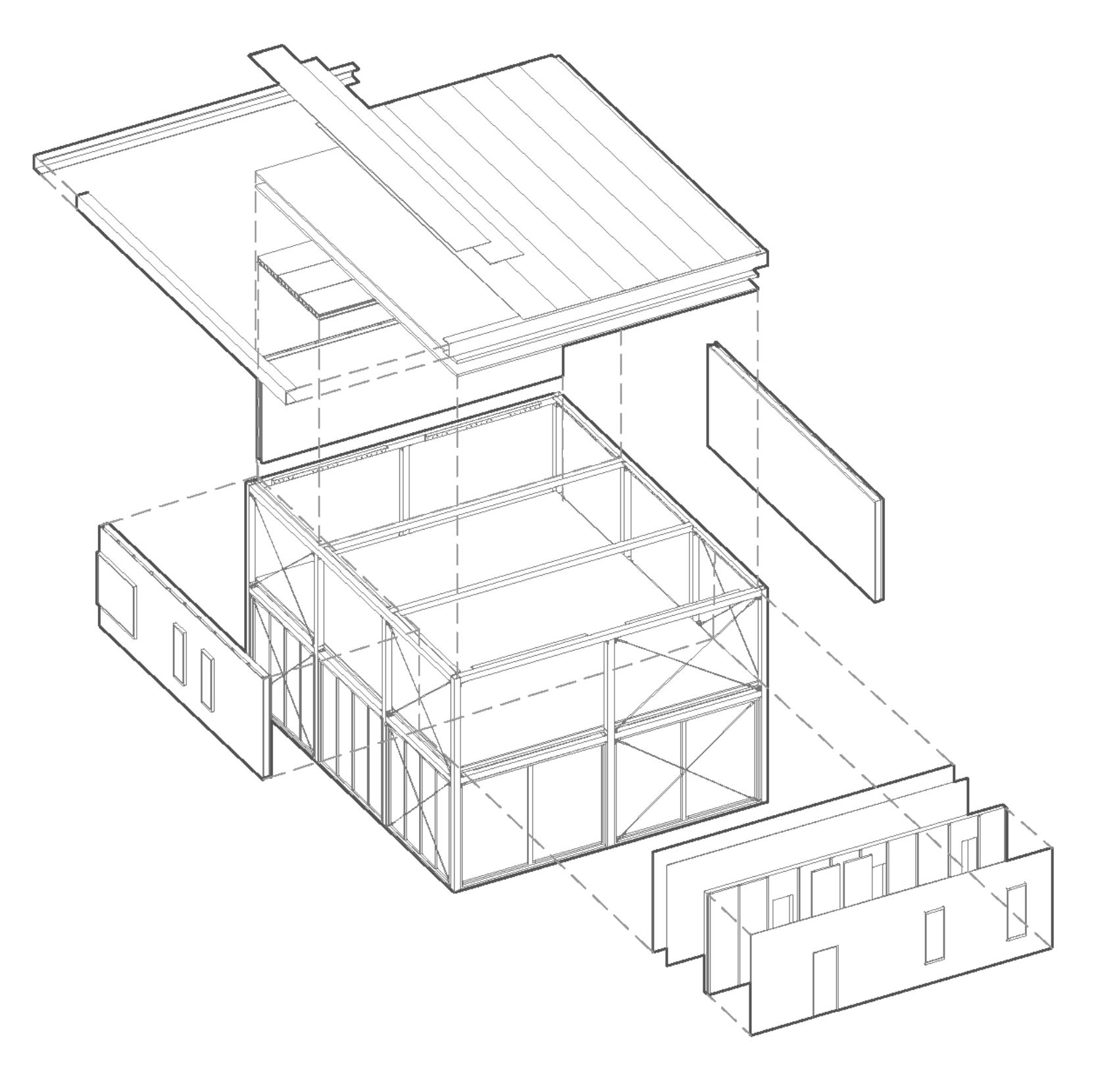 The restoration project of the neglected Loods 26, in the Old harbor of Muide, will mean a change towards a sustainable future having as main goals to ensure and restore the lively image of a naval port, the education of the workers, and their future residence in it. Having as a result a Productive Urban Hub; a permeable and multidisciplinary building, which breaks the boundaries of the neighborhood with the canal, and creates a direct connection between them, for the transport of people and goods throughout Ghent and its surroundings.

We begin the story of the Loods 26 project with a general overview and premature image designed during the first week. This image has been with me since the beginning of the thesis and it alludes two great points, which will be repeated throughout this entire booklet: The adaptability of a constructive system and The Identity, or the history that joins each scenario. Our scenario will be the old port in Muide, located in the north of Ghent, not so close from the centrum where the main developing area is located. Muide has suffered a disengagement throughout the last 70 years, therefore the first questions to which we must answer are: what has happened and why?

Five major problems affect the current situation of cities such as Ghent, and these problems affect peri-urban areas, geographically far from the center, which have been forgotten. The following points are developed on the succeeding pages: Mobility is a key factor in the following project, for two reasons: The first, gasoline vehicles must move to a background stage to live in a healthy and livable environment. And second, the poor connections with peri-urban areas that nullify the possibility of easy access by sustainable means of transport, such as the bicycle. Housing, the poor adaptability to the new system of single-person families. More space is needed, and also a new system to help improve the current situation for the future needs of the inhabitants of Ghent. An economy based on naval commerce, which has neglected these spaces, leaving them obsolete, polluted, and far from the daily life of those who were born in this city. Taking away their heritage and culture. Nature and landscape, green spaces are needed to decrease the ecological footprint and to revive the city.